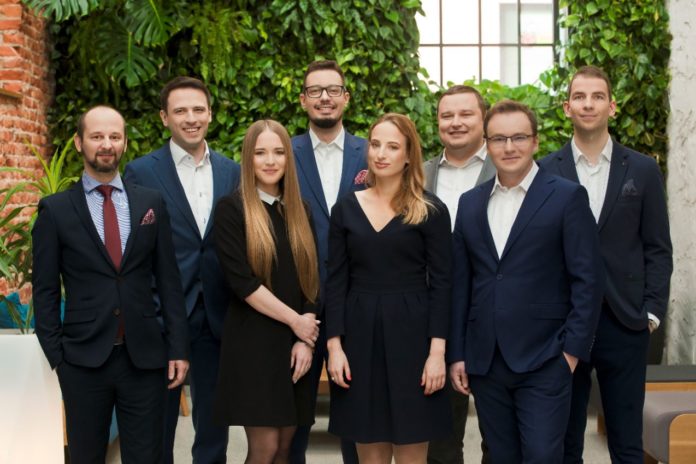 Polish venture capital fund Inovo Venture Partners has announced its second €40 million fund, including backing of €15 million from the European Investment Fund (EIF). The fund will support a string of technology companies throughout the region and accelerate European startups.

Inovo Venture Partners specializes in identifying disruptive tech startups and bootstrapping their development through participation in late seed and Series A rounds. The fund is actively looking for opportunities, despite the corona epidemic, as its partners believe tech companies can gain an additional boost from current changes in many markets. Inovo’s investment team believes the current crisis will result in many outstanding tech companies being built.

The European Investment Fund, which has contributed €15 million to this fund, was founded in 1994 and finances SMEs through private banks and funds. In the past three years, it has invested in several VC funds focused on Poland and CEE, with its €15 million stake in Inovo Venture Partners’ latest fund marking its fifth such investment.

This year, the Inovo Venture Partners fund completed its first investment into Allset’s round B together with the likes of EBRD and Andreessen Horowitz. It aims to see six deals tied up in 2020, with a total of 20 companies on course to secure investment over the next three years including Tidio, Infermedica, and Eyerim.

Inovo Venture Partners’ first fund supported companies such as Booksy and Restaumatic, as well as Brand24 and ECC Games, who are listed on the Warsaw Stock Exchange. In total, 15 companies were beneficiaries of Inovo’s maiden fund, of whom five have since been sold profitably, two have IPO’d, and three remain active.

The Polish venture capital firm aims to identify and nurture outstanding tech companies, with notable successes including Booksy, whose valuation multiplied 10x to +€100 million under Inovo’s stewardship. Inovo Venture Partners LP Stefan Batorv remains CEO of Booksy, which has been transformed into one of the world’s top 100 marketplaces with 7 million users.

With the launch of its second fund, Inovo Venture Partners is aiming to cement its reputation as one of the leading Series A investors in the CEE region, while helping enterprising startups realize their potential, paving the way for later-stage funding from international VCs.

Tomasz Swieboda, Partner of Inovo Venture Partners commented: “We are convinced that over the next 10 years, at least 10 unicorns (startups with a valuation of over one billion dollars) will be created in Central and Eastern Europe. Most of them will come from Poland. Every year we see a few companies that can follow the path of Booksy or Docplanner. However, even the best ones find it difficult to raise several million dollars in the investment round locally. This is too much for local funds, and often too little for funds from London, Berlin or the USA. This is where we see space for our fund”.

Patric Gresko, of the EIF, said: “The EIF is proud to join Inovo and to be able to play a role in the development of the Polish VC market, supporting a young, emerging yet promising investment team. The EIF is keen to address market gaps and ensure that start-ups have access to the largest possible range of financing options; Inovo will in this sense complement the other funds in our portfolio that are active in Poland and in the wider CEE region”.