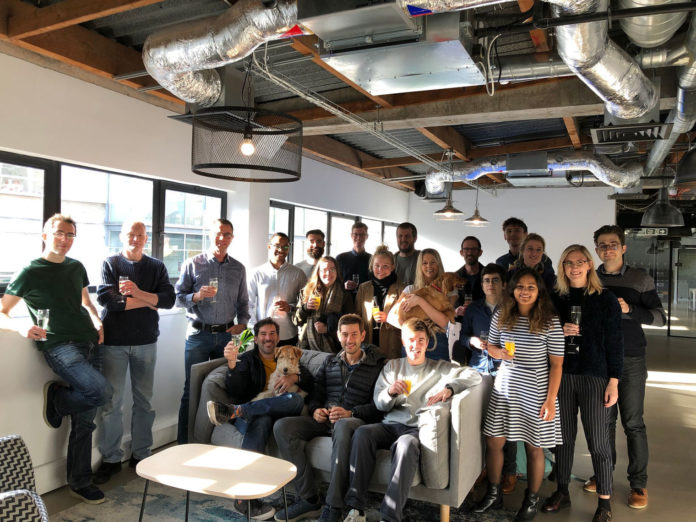 From instant messaging, to transit updates, to live scores, consumers expect real-time live experiences. But this takes significant background engineering complexity to deliver, especially at scale. Ably provides cloud infrastructure and APIs that empower developers to overcome these complexities and deliver rich live experiences to their users. On the other side of the coin, Ably helps large enterprises and high-growth tech companies offload the technical and operational burden required to deliver globally-available real-time messaging services. The startup has already won some major clients, like HubSpot, who it helps produce over 1 billion real-time messages a month on their live chat and notifications. Also impressive, it facilitates real-time transit updates for 3 million residents of Chicago, including 300,000 metro users.

Software engineers Matthew O’Riordan and Dr Paddy Byers co-founded the company in 2013, and launched in 2016 following intense research and development. O’Riordan and Byers identified the gap in the market, providing developers with an ‘infrastructure-as-a-service’ offering for real time data transport. Since then, Ably has attracted enterprise-scale customers across key industries: SaaS, mobility and logistics, sports and media, IoT, eCommerce, and eLearning. The UK-based startup has continued to grow year-on-year by 150% as demand from developers for real-time data rises exponentially.

Matthew O’Riordan, CEO and co-founder, Ably said: “This is a significant milestone for Ably, as it enables us to deliver on our mission – that is, to provide the real-time infrastructure needed by developers to deliver live experiences to their customers. This funding allows us to really ramp investment in the platform and build more features that we know developers need to further integrate into other event-driven platforms and support more open protocols.”

Dan Bailey, Principal at MMC Ventures, said: “Ably has made a series of architectural choices that enable them to deliver greater reliability and integrity at scale, which enables their customers to build better experiences for their users. Matt and the team have a compelling vision for the future of real-time data and integration, and we look forward to supporting them as they build a transformative business.”

MMC Ventures has invested in-part from it’s approx. €59.1 million MMC Greater London Fund, launched in May 2019, which forms part of the Mayor of London’s initiative – the Greater London Investment Fund.