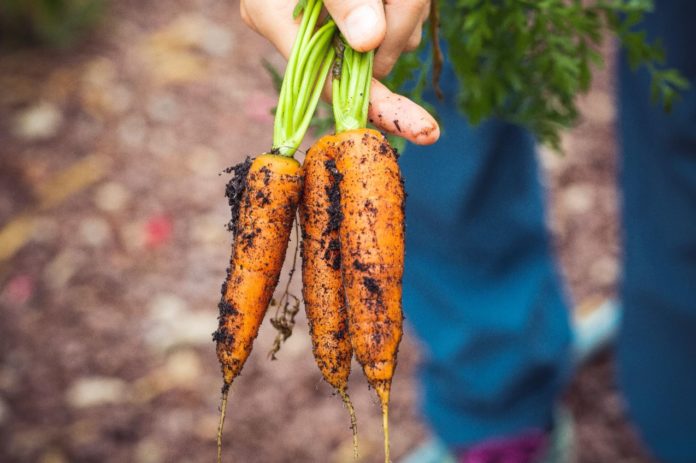 For many, a more sustainable lifestyle starts with what’s on your plate. There are plenty of benefits from exploring more sustainable food options: championing local food producers, bettering your health, and ultimately the health of the planet, too.

But knowing where to start with sustainable eating habits can be challenging – that’s where these startups come in. Food has always been a booming industry for innovators (there are 35 food tech unicorns!) but the ones listed here have taken innovation a step further by including ecological impact in their missions.

From online marketplaces to delivery apps and fake meat, here are the food startups working to benefit the health of the people and the planet.

iFarm – iFarm believes that your food shouldn’t travel any further than you have. That’s why the team behind the Finnish startup have developed modular, automated greenhouses for the city environment, using innovative technology to grow natural salads, berries, and vegetables all year round. Founded in 2017 by Russian team Alexander Lystovsky, Maxim Chizhov, and Konstantin Ulyanov, the startup has already won a Nordic Startup Award and raised seed funding in early 2019. The team have pledged to use the funding to further develop their technologies and expand the team, as well as piloting their offerings in the European market.

Crisp – Crisp is the Netherlands’ first app-only supermarket, founded with a mission of offering locally-sourced seasonal products to its customers, as well as addressing increasing consciousness over where food comes from and its ecological impact. The app boasts fresh products from over 200 different suppliers, championing mainly small, local specialists. Since its launch in 2017, Crisp has raised €3 million seed capital, topped up with a further €5 million in summer 2019.

allplants – Founded in 2017 by brothers Jonathan and Alex Petrides, allplants is an online platform and chef-to-customer service creating tasty, plant-based meals. After celebrating serving one million meals from their kitchen, allplants have recently completed a €3.9 million funding round through investment platform Seedrs. Funds will be used to develop new food categories and serve over 60,000 meals a week from their London-based production kitchen. This funding round precedes a bigger Series B round planned for the end of 2020, and by 2025 the startup aims to launch in more European and North American markets.

Meatable – Dutch startup Meatable has found a way to help eco-conscious customers that are struggling to ditch meat for the good of the planet. While the market for artificial, cruelty-free meat is booming, Meatable is setting itself apart from its peers by being one of the first to focus on pork rather than beef, with opti-ox technology speeding up production from months to days. The product is created by artificially growing cells taken from an unharmed animal, which the team markets as removing the guilt from meat consumption. Meatable snapped up a Eurostars grant in November 2019 and a further €8.9 million in seed funding in December 2019.

Noquo Foods – Swedish plant-based startup Noquo Foods recently closed a seed funding round of €3.25 million from an impressive list of investors, including Northzone, Kale United and Purple Orange Ventures. Founded in 2019 by second time entrepreneur Sorosh Tavakoli and food scientist Anja Leissner, Noquo Foods was created to reinvent our favourite foods and help consumers opt for sustainable, plant-based treats, without sacrificing the taste. After the duo found that plant-based cheese alternatives aren’t quite as tasty as the original, they took the opportunity to close that gap in the market with Noquo Foods.

Kitche – Leading with the motto “Kitche it, don’t ditch it”, Kitche is responding to concerns with food waste and its impact on the planet. Launched in 2018, the London-based startup promises to both save money and reduce waste by helping consumers use up leftovers in the back of their fridge. The app can be used to scan receipts and design recipe plans based on fridge remains, thereby saving money and reducing the environmental impact. British firm Qventures announced its investment in Kitche in March 2020.

Simple Feast – Danish startup Simple Feast is an organic, plant-based food company which delivers weekly boxes of ready-to-eat meals straight to the doorstep. Unlike its competitors, Simple Feast delivers neither pre-cooked or raw food, but par-cooked food which only requires 10-15 mins preparation before serving. Combining convenience with quality, it was created by Endomondo founders Jakob Jønck and Thomas Stilling Ambus, who state that fighting climate change via reduced meat consumption is the primary mission of the business. In autumn 2019, they raised another €30 million to grow their mission in health-conscious California, with backing from the likes of W14, Balderton and Byfounders.

Peas & Love – Peas and Love is a French urban farming startup founded in 2017. Their mission is to help cities become more sustainable by renting gardening parcels for €38 per month, with a selection of over 60 fruit and vegetables to grow. If you don’t have “green fingers”, don’t worry – the garden parcels are maintained by an on-site community farmer! The startup’s app will alert you to the harvest plan and schedule of your farm, as well as any upcoming urban farming events that are hosted by the startup. The team raised €1.2 million in Series A funding in 2018, and plan to have 100 farms across Europe.

Oddbox – Founded by husband and wife team Emilie Vanpoperinghe and Deepak Ravindran, Oddbox is a sustainable fruit and vegetable box delivery service. The startup works with farmers to supply seasonal produce at risk of going to waste. So far it has rescued 2,000 tones of produce from going to waste and delivered 400,000 boxes within London. Founded in 2016, the UK startup has achieved over 400% growth the past 12 months, with plans to expand nationwide after securing approximately €3.2 million from the Northern Venture Capital Trust (VCT) Funds in early 2020. It also plans to further develop its technology, including a “personal impact” dashboard which allows consumers to view the amount of food waste, CO2 emissions and water they’ve saved.

Solar Foods – Cleantech meets foodtech with Solar Foods, founded in 2017. The Finnish startup claims to have developed the “food of the future”, creating plant-based meat alternatives from air, electricity and CO2, an approach which promises to significantly reduce the environmental impact of food production. The team behind the startup have applied for the approval of the European Food Safety Authority to launch commercially in 2021, and it has already partnered with Finland’s Fazer Group, with an interest in teaming up with other big food countries.

Floraidh Clement
Floraidh is a Scottish writer and social media manager, based in Berlin and working within its vibrant startup scene. Areas of interest include travel, fashion and eco tech. She’s particularly fascinated by the human side of entrepreneurship, and how startups are adapting to the rise of of conscious consumerism.
RELATED ARTICLES
Acquisitions