Sofia-based DEV.BG announces €200K investment to expand its IT community in Bulgaria 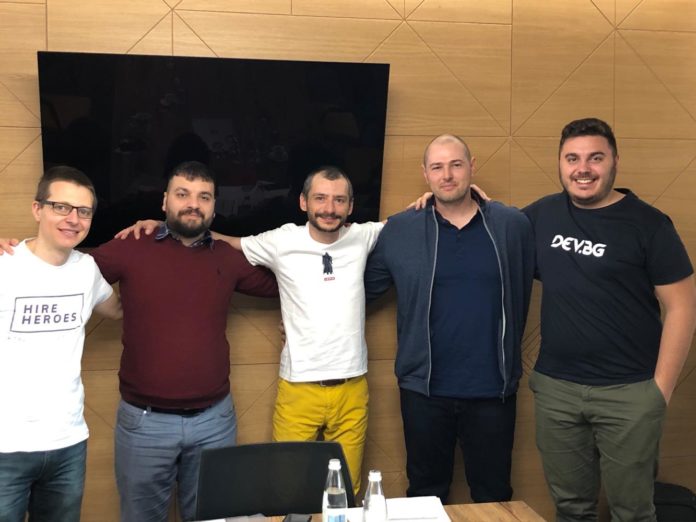 Bulgarian startup DEV.BG, one of the largest IT communities in Bulgaria, has announced raising €200K investment from a private company, which brings the company’s total valuation to €2 million. The team will use these fresh funds to expand its platform and launch new related projects.

DEV.BG, founded in 2017 by Ivaylo Hristov, Svetoslav Dimov and Mitko Vasilev, is a well-known IT events organizer. The online platform has organised more than 500 successful monthly meetups, and works with more than 300 well-known IT companies including Uber, Experian, Paysafe, SAP, Epam, DataArt, among many others. The company has also developed a platform for IT consultancy for professionals, called ‘Hire Heroes’, and an IT directory containing 300+ software companies.

In general, this investment will boost the development of Bulgaria’s local IT community, and boost it closer to its goal of becoming one of the leading IT hubs in Eastern Europe.

“Last year, we increased our revenues more than twice and our turnover exceeded half a million. All financial activities were invested back into the business,” said Ivaylo Hristov founder of DEV.BG.

The main source of revenue for the company continues to be events, but according to the founders, this will change next year. The startup will still work on events, but the new investment will speed up the possibility of launching new projects that relate to the company’s vision and mission to contribute to, and support, the growing Bulgarian IT community.

Share
Facebook
Twitter
WhatsApp
Linkedin
Previous articleTania Boler, founder of Elvie, will speak at the EU-Startups Summit on how femtech is tackling taboos and reinventing healthcare
Next article#EqualPay: The gender gap in the tech industry (Women’s Day special)

10 promising Bulgarian startups to watch in 2021

The 2nd EU-Startups CLUB call will be held on the 2nd of February – are you joining?