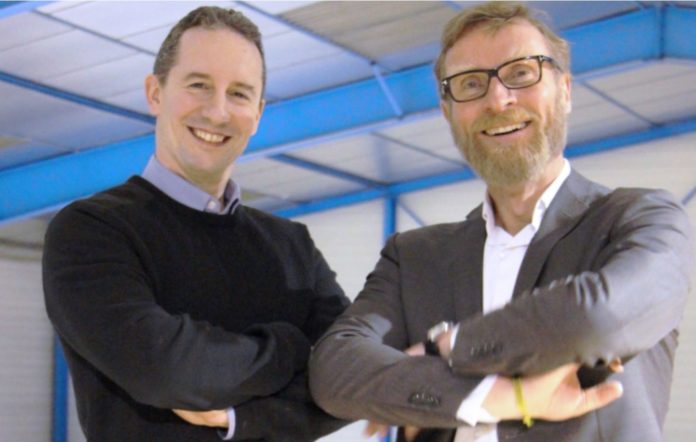 The French startup Invirtus Technologues has raised its third round of funding, this time closing €750K, led by BACS-Innov, and with participation by Bpifrance, CIC Ouest and Crédit Agricole.

Invirtus Technologies, founded in 2017, was co-founded by Raphaël Pantais and Frédéric Belhache. The two set out to give to all companies the power to control their mobile assets and reduce their operating costs, using artificial technology. They have created a real-time connected service that filters out the most relevant data for its customers, covering 4 main areas: Asset tracking, Inventory management, Key indicators like asset flowmaps and heatmaps, and Security of staff.

The 11-person startup is currently working on developing a new version of its mini geolocation tracker in order to make it energy independent, planned for release at the end of the year. Raphaël Pantais, president of Invirtus, comments: “It will work by harvesting the energy produced by outside heat, wind, vibrations or even the sun. So there will be no more battery”.

This is the third time that Invirtus has raised funds since its creation in February 2018, having previously raised €90K from Audencia and the Central School, and €150K in late 2019 on the Ayomi crowdfunding platform.

These new funds will help the startup continue its R&D, and expand its reach across France, the rest of Europe and the US. It has just hired a sales manager and has started to market its solutions in the Benelux and the United States, and will also focus on developing its service platform, for which it just hired two more developers.

Talking about their plans for their mini tracker the future, president Raphaël Pantais states: “Our objective is ultimately to give it the form of a label, like RFID tags, which will allow us to use our solutions on smaller objects, such as welding machines or calibration keys”. This would then be boosted by a new fundraising of €3 – €5 million, and launched by 2020/2023.