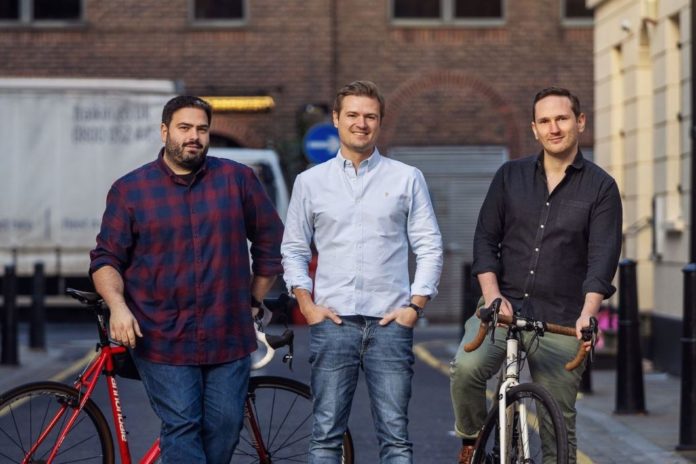 London-based startup Laka has announced raising €4.2 million for its bicycle insurance platform, to install its European HQ in Amsterdam and expand across the rest of Europe. The round was led by VC firms LocalGlobe and Creandum, as well as being supported by Yes VC (the VC founded by Caterina Fake, co-founder of Flickr), Jyri Engeström (co-founder of Jaiku and Ditto), and prominent angel investors.

Laka, founded in 2017, believes that if you break a bone or get road-rash, you deserve better care than a cheque sent to your home. Its insurance product, which offers theft, damage, travel, race and emergency cover, is designed to help cyclists recover like a pro and to get back out on the road or trail as early as possible. With a ‘community-based’ model, 80% of what users pay goes to help fellow members who damaged or lost their bike and only 20% keeps Laka running.

The startup’s investors are amongst the most tech savvy innovators on the planet and have a strong track record of spotting industry-redefining companies. LocalGlobe was established in 2002 and is best known for investing in the likes of TransferWise, and have also invested in Zego and Cuvva.

Remus Brett, Partner at LocalGlobe, commented: “The beauty of Laka is it returns insurance to its pure, mutual heritage. Laka’s members and their shared interests incentivise positive behaviour which in turn benefits the entire community. These principles are over 300 years old, the difference being technology and increasing consumer awareness that traditional insurance models, with complex clauses, excesses and a painful claims process are fundamentally broken.”

Similarly Creandum has invested in, amongst others, Spotify and Klarna. Creandum understands the essence of a disruptive startup.

Carl Fritjofsson, Partner at Creandum, concluded: “The word disruption is used all too often in the world of entrepreneurship, but with Laka it actually fits very well. This is a fundamentally unique and different approach that turns the old business model of insurers upside down. Laka truly improves the user experience 10x as well as lowers costs for its policyholders, all while providing a fair and transparent insurance coverage. What’s not to love?.”

This investment will help the startup to continue its growth, and finance our expansion across Europe. Its European HQ will now be in the Netherlands, where it will launch this year. It will also use these funds to build out its product set, including a recovery and health product (#MattHaymanRecoveryKit), designed to cater especially for cyclists who have experienced injury or accident, with support for accessing the right services along the path of recovery and reducing the stress and cost associated.