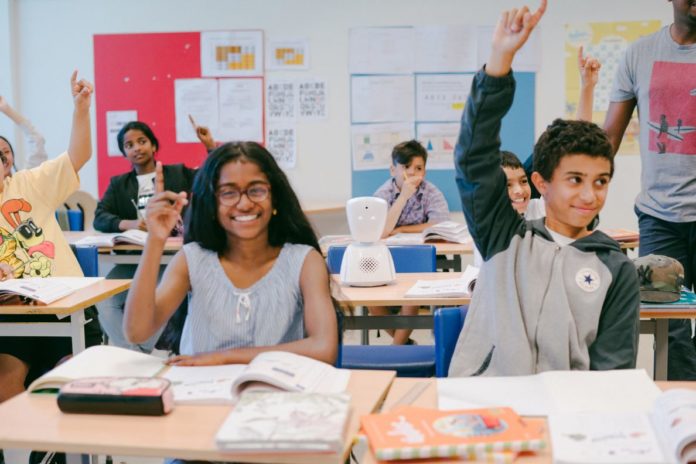 In the coming decades, robots and artificial intelligence will fundamentally change our world. Companies around the world are already embracing this change and the idea of collaboration between people and machines is becoming widely accepted. From optimizing warehouse operations to tackling loneliness, a new generation of exciting robots is on the way.

We have scanned the horizon for the European startups working on robotics that show the most promise, taking into consideration their sector, team growth, funding rounds, international recognition, among others. Here are 10 startups that we think are the ones to watch in 2020 and beyond.

Furhat Robotics – Furhat Robotics is a Stockholm-based startup working on the next generation of social robots. Their robot uses a projection system to display life-like facial expressions onto a head-shaped display, while speaking, listening, showing emotions and maintaining eye contact, supported by the company’s custom-developed conversational AI engine. In the name of making human-to-robot interactions feel more natural, the company has raised so far more than €2.4 million.

Smart Robotics – Smart Robotics is a Dutch startup that develops modular collaborative robots (or ‘cobots’), backed by robot-independent, AI-based software for deployment across industries such as logistics, packaging, e-commerce, pharma, and others. The cobots can be set-up in a matter of minutes and can easily be configured for specific tasks. Established in 2015 as a spin-off of the Eindhoven University of Technology, the startup caught the eye of some big names in 2019, raising a Series B investment supported by Toyota, to accelerate product roll-out.

Axiles Bionics – Axiles Bionics is a Brussels based spin-off from Free University Brussels, which is developing the AMP-Foot, an innovative smart robotic ankle-foot prosthesis for lower limb amputees. After 10 years of research blending advanced robotics and human biomechanics, the startup has managed to develop a technology that will bring back natural gait and posture during daily life activities, and at the same offer flexibility and strength. In 2019, the startup completed a €2.4 million Series A financing round to improve the quality of life for people with amputees.

CMR Surgical – Medical robotics company based in Cambridge, CMR Surgical has developed a surgical robot based on the human arm and wrist but with superior dexterity and precision. Called Versius, the robot arm is designed to provide surgeons with multiple robotic arms to carry out a variety of minimally invasive procedures. Its first commercial installations are underway in India, with Europe and the US next in line. Founded in 2014 and backed by a €218 million Series C round in 2019, they are building the future of the surgical workforce.

Exotec Solutions – Every time you click “buy now”, a bunch of people will have to walk through endless aisles of products to pick up your next order. In France, however, they are doing this with Skypods. Skypods are robotic machines, which can carry a standardized box with a payload of 30kg, able to move up and down a rack and grab a box from the shelves. Founded in 2015, the French company has raised more than €20 million to bring a revolution to warehouse operations.

Medical Microinstruments – Founded in 2015, this Italian startup is advancing microsurgery. It has developed a tele-operated surgical robot and micro instruments for micro-surgical procedures, providing tremor elimination and motion scaling. The idea is not only to simplify procedures but to enable surgeons to carry out more complex procedures, enhance surgical success rate and patient outcomes. In 2018 the company raised €20 million in Series A funding to make the platform commercially available.

No Isolation – This Oslo-based startup is introducing a smart way to support socially isolated children with long-term illness. A robot called AV1, with a small, portable avatar, two-way audio and a one-way camera, is keeping kids in touch with the classroom. AV1 can raise and lower its head, swivel 360 degrees and allows the kids to respond to questions, hold conversations, go on school trips and attend birthday parties. With €6.1 million in funding, No Isolation is set to end loneliness and deliver friendship when you need it the most.

Rovenso – Founded in 2016, this EPFL spin-off develops robots for security monitoring, safety assessment, and anomaly detection in industrial sites. Their robot, ROVéo, is equipped with precise volumetry, acoustic analysis, as well as thermal and visual feature extraction to detect even the slightest anomalies. In addition, it can adapt to stairs and difficult terrain. The idea is to avoid sending humans in hazardous places; at the end of 2019, they raised €2.3 million seed funding to continue advancing in their mission.

Stanley robotics – If you have travelled through France’s Lyon-Saint-Exupéry airport or UK’s Gatwick airport, you might have noticed a robot valets parking cars. Created in 2015 in Paris, Stan is a robot that will gently lift up the cars, store them in a secure car parking space and return the vehicle to the parking station, once the owner has landed. The autonomous parking system is believed to bring convenience and security for the travellers, and better usage of space for the parking lot operators.

Tibot Technologies – The French startup Tibot has been developing robotic solutions for poultry farming businesses since 2016. They are offering two solutions at the moment: Spoutnic, an autonomous rechargeable robot designed to increase the technical and economic performance of poultry operations and to improve the breeder’s work conditions; and Spoutnic NAV, which uses an indoor navigation system to stimulate the movement of poultry and aerate litter. Major players such as Hubbard, Le Helloco, Agrial, LDC, Prodavi are already using the robots, with the startup also having has raised around €4 million to date.

10 of the UK’s fastest growing startups