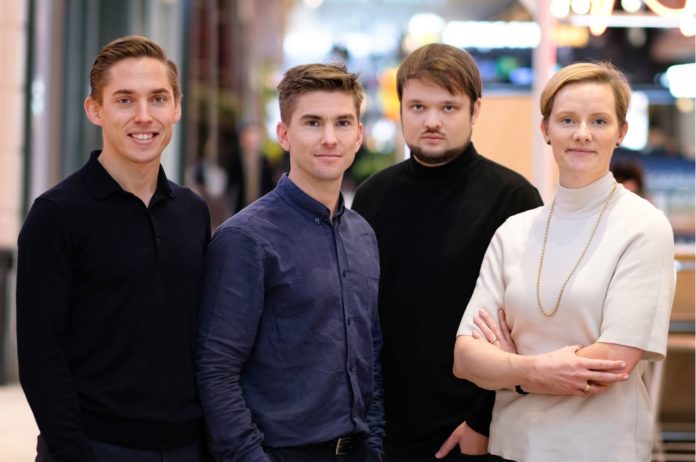 Swedish startup Formulate, which delivers AI-driven solutions for retail promotions, announces they have closed a late-seed round of €3.7 million, led by henQ and with the participation of Industrifonden and J12 Ventures. The funds raised will be invested in international expansion and growing the team.

Formulate, founded in 2016 and headquartered in Stockholm, has developed the ‘Retail DecisionCloud’ which evaluates, forecasts, and enables continuous improvement of retail promotions. Promotions are important to retailers – often 20-50% of turnover is discounted or in other ways activated. However, determining whether or not promotions are profitable, and whether they truly drive incremental sales after all side effects are accounted for, has, until now, proved very difficult. Most analyses and forecasts were done on gut-feel alone, without proper tools to manage, analyse, and visualize quantitative results in order to make data-driven decisions. For this reason, Formulate has designed the ‘Retail DecisionCloud’, their cloud-based AI SaaS solution, which has already nabbed major clients like leading Swedish retailers Coop and Apoteket.

The funds raised of €3.7 million will be used to introduce ‘Retail DecisionCloud’ to the European retail market. To accelerate growth by expanding into several European countries, Formulate was keen to find a European lead for the round.

“It all came together when we met henQ. Their fund is focused on B2B enterprise software, they are skilled in supporting companies like ours in international expansion, and they know what is required to eventually enter the US”, says Andreas Willgert, CEO of Formulate. “Right now, we are super focused on bringing Retail DecisionCloud to the European market. Retail as an industry is changing, and leveraging data is at the core of that change. Retail analytics is a €3 billion industry, and it is rapidly growing. Our promotion analytics solution is tackling a classic retail problem with state-of-the-art technology, and the potential to create value is significant.”

Together with henQ, two other firms have participated in the round; the well-established Swedish evergreen fund, Industrifonden, which already has equity in the company, and the newly created Stockholm-based fund, J12 Ventures.

”We believe that the market opportunity is huge and the problem that Formulate solves is really significant for the retail market. I think in a couple of years’ time we’ll look back and say that the team at Formulate has initiated a gigantic change in how retail is executed”, says Coen van Duiven, Founding Partner at henQ.