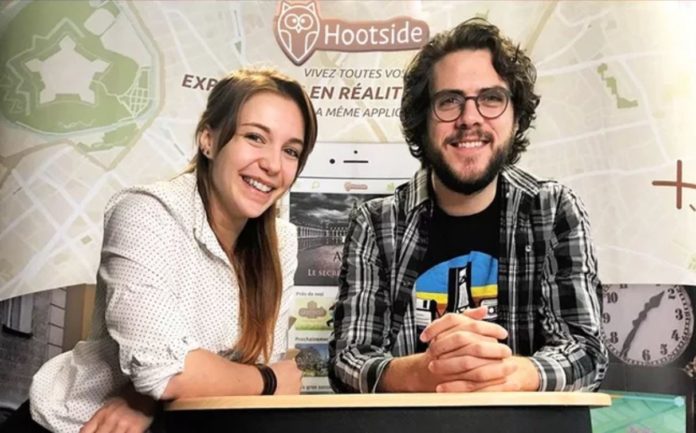 French startup Hootside (previously Augmenteo), an augmented reality video game studio, has raised €1.6 million. The funds will be used to develop its AR games app, grow its team by 60%, acquire the rights to operate new popular franchises, and expand its presence in France and abroad.

The round was led by Finovam Gestion, Nord France Amorquage, Nord Capital Investissement (via the Innovation pocket as part of the partnership with the Village by CA), as well as banking partners including Crédit Agricole Nord de France, BNP Paribas, Banque Populaire and BPI France.

Hootside studio, founded in 2017 by Charlotte Landry and Quentin Warnant, is developing an app that offers a catalog of AR games. Based at the Lille incubator Euratechnologies, the startup has previously collaborated with the giant Ubisoft by integrating a version of its famous franchise “Assassin’s Creed”. As part of this partnership, Hootside developed an immersion experience at the Museum of the Foreign Legion at the end of 2019 relating to the game, as well as an experience drawn from the game “Rabbids” in the Printemps Haussmann gallery.

“This fundraising will allow us to focus on our real added value: technological and narrative innovation in video games, in particular through new immersive experiences in emblematic places but also geolocated open world games, always in augmented reality, playable anywhere in France and the rest of the world,” comments founder Quentin Warnant.