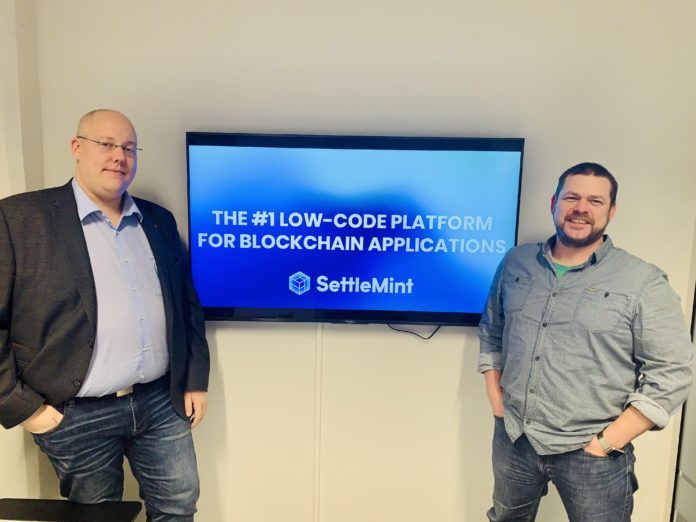 Belgian startup SettleMint, a BPaS ‘Blockchain Platform as a Service’ company, has today announced that KPN Ventures has participated in its €1.9 million investment round. We included SettleMint in our recent list of 10 promising Leuven-based startups to watch in 2020.

SettleMint, founded in 2016, offers infrastructure and developer tools for enterprises, which greatly simplify the blockchain journey. SettleMint’s proprietary low-code solution provides organisations and consortia with a reliable, scalable foundation to build upon. It also offers tools for developing, deploying, monitoring and debugging blockchain applications. Overall, SettleMint provides the necessary professional infrastructure for organisations to reduce the time and complexity of building and integrating the next generation of game-changing blockchain solutions.

There is currently a strong global momentum towards blockchain and distributed ledger technology, in both the private and public sector, which many expect to move into a full scale adoption in many sectors. This shift will create incredible efficiency, transparency and security gains in our increasingly digital and connected world.As demand rises in the market for an enterprise grade solution that responds to both security and scalability concerns, SettleMint is stepping into the spotlight.

These new funds will be used to accelerate the startup’s global expansion and commercialise its award winning enterprise blockchain solution in Europe, MEA and APAC. In addition to KPN Ventures, funding was also provided by existing US-based investor Medici Ventures bringing SettleMint’s total funding to €5.5 million.

Matthew Van Niekerk, Co-founder and CEO of SettleMint, comments, “When you recognise the benefits of this technology for the economy and for society, you have a moral obligation to make it easy for developers to use, to accelerate adoption.”

Sjoerd Spanjer, Investment Director at KPN Ventures says, “SettleMint has developed an innovative product that solves problems for organisations deploying blockchain use cases, limiting the necessity to have inhouse blockchain expertise while significantly shortening the time to market. KPN acknowledges the increasing demand for blockchain applications and its associated complexities. Together with SettleMint, KPN intends to boost the adoption of mature blockchain innovations. We have nearly completed the integration of SettleMint APIs (CertiMint) in the KPN API Store, our first blockchain proposition that will make blockchain functionalities accessible to developers using our marketplace. We are currently evaluating several other areas of potential commercial cooperation between SettleMint and KPN.”

Charlotte Tucker
Charlotte is the previous Editor at EU-Startups.com. She spends her time scouting the next big story, managing our contributor team, and getting excited about social impact ventures. She has previously worked as a Communications Consultant for number of European Commission funded startup projects.
RELATED ARTICLES
Belgium-Startups