“Even with a problem like homelessness, we think there’s reason to be optimistic.”: Interview with Alex, CEO of BEAM 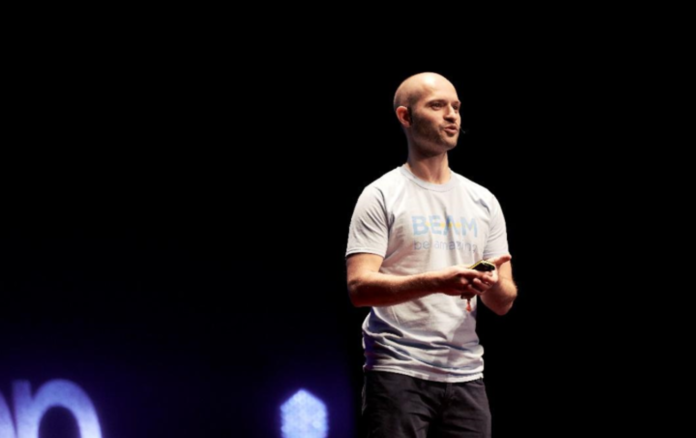 Beam is a Tech for Good platform that crowdfunds job training for homeless people, and supports them into stable, paid work. Its goal is to help homeless people provide for themselves in the long-term.

Founded in 2017 in London, Beam is currently focused on serving the homeless of London. Each person on Beam is referred by an established local charity and/or the local council. Once they are signed-up, Beam assigns an employee as a dedicated support specialist who guides them all the way into their new career. We featured Beam in our list of startups in the EU that are currently tackling the effects of poverty.

We spoke with Alex Stephany, Beam’s Founder and CEO to learn more about Beam, his advice on founding and running a social impact startup in London, as well as Beam’s plans to go global.

Hi Alex! Thank you for joining us. What first got you inspired to start Beam? What’s the story?

Three years ago, I got to know a homeless man at my local Tube station in London. I’d buy him cups of coffee and pairs of socks when it was getting cold. At one point, he disappeared for weeks on end. When he reappeared, he looked years shockingly older; he told me he’d had a heart attack and had just come out of hospital. Despite the well-meaning gestures from myself and probably others too, he was in a worse position than ever.

So, I began to ask myself a question: What it would take to make a lasting difference to this man’s life? He had never had a job and was illiterate. For me, the answer lay in empowering him with the skills, training and confidence to support himself, for the long-term. Of course, that would cost far more than coffees or socks, but what if everyone chipped in?

The idea of crowdfunding employment training for homeless people was born. Over the following nine months, I developed the model working with homeless people and charities, and officially launched Beam in September 2017.

How have your objectives and goals changed since Beam was founded?

I wouldn’t say that our objectives or goals have massively changed since the beginning. We are still trying to solve the same problem by helping one homeless person at a time. There are currently about 320,000 people who are homeless in the UK, with 290,000 of them living in temporary accommodation. There’s an amazing opportunity to help this very large group of people – and ultimately many other disadvantaged groups all over the world.

What differentiates Beam from its competitors? Or are there even companies you consider competitors?

At Beam, we’re offering something entirely new. We’re the world’s first crowdfunding platform built around social outcomes. This means we’re not just focused on raising funds – we’re focused on getting people into meaningful work. This is what we base our success on and measure. Crucially, unlike traditional crowdfunding platforms, we’ve been able to fund every single campaign to date, within an average of 30 days.

Secondly, Beam provides a 1-1 support model alongside our technology. Many of the individuals we deal with have complex pasts, so we feel it’s important to provide a personalised service that meets their needs. This is why each person crowdfunding on Beam has a dedicated case worker.

How did you finance Beam up until this point? Do you plan to achieve additional funding/other modes of funding in the future?

In the early days, I paid for everything. But we’re mostly funded and advised by an incredible group of tech entrepreneurs who have businesses of the caliber of Booking.com, Photobox, WorldRemit, Funding Circle and others. We are also supported by some innovative foundations like Nesta and UnLtd. We are always on the lookout for more funding so we can scale our impact.

What is your long-term vision for Beam?

Our long-term vision is to provide employability work to disadvantaged groups beyond homelessness – for example, people with disabilities and ex-offenders. We believe there’s so much untapped talent out there, and we want Beam to be at the forefront of supporting these individuals into meaningful work – strengthening the economy by filling skills shortages at the same time. You can see the list of roles people move into through Beam here.

You are based in London. What’s your opinion on creating a social impact company there?

I’m a strong believer that we can only solve a massive social issue like homelessness if we all play to our strengths. In London, we’ve been fortunate enough to work with some great charities and forward-thinking government authorities who refer people to Beam. We work with concerned citizens who fund the campaigns, either through one-off or monthly donations. We work with training providers who provide in-demand skills. Finally, we work with fantastic companies who hire from our talent pool.

London is an incredible ecosystem for building a social impact business like Beam, but we also think we’ve built a highly replicable model that can be taken to other cities all over the world.

What are your plans for international expansion? Which markets are most important for Beam and why?

We get contacted by people from all over the world – from South Africa to the US – who feel very disempowered and want to help homeless people through our service. But we need a physical presence to make it work. This year we will bring a focus to improving our processes and scalability so that we’re ready to take Beam global at the right time.

What tips do you have for building a solid team?

I can only speak from my own experience, but at Beam we’re always looking for people who are just itching to “make it happen” (one of our Core Values!). We want people who just love fixing broken things, rather than blindly going about their lives not noticing or complaining.

What advice do you have for entrepreneurs on maintaining a work-life balance?

It depends what kind of business you’re running. It’s possible with a lifestyle business. But if you’re highly ambitious, if you have audacious plans, if you want to build a product that’s used by millions and change the world? Then work-life balance does not exist. The two become one and when managed well make for an incredibly exciting life. Loving each week, being fuelled with energy despite enormously long hours for years on end. That, entrepreneurship can give you. But balance? It’s far more exciting building Beam than watching Netflix. And if you could feel the same, get in touch.

Maricel Sanchez
Maricel Sanchez has over 10 years of experience in various fields including trading, supply chain management, logistics and manufacturing. As well as helping startups to raise funds, she is an award-winning public speaker and the current President of Toastmasters Nice, a bilingual club that promotes public speaking and leadership.
RELATED ARTICLES
France-Startups

London-based KatKin picks up €21.6 million to bring healthier cat food to pet parents across the world