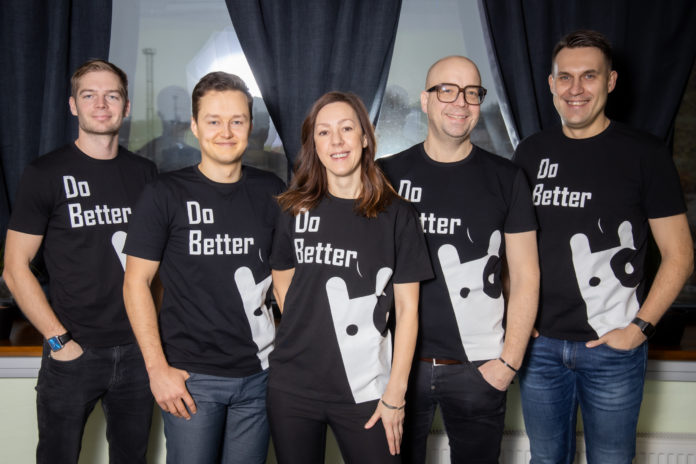 MySpotit, an Estonian startup which provides companies with options of meeting spaces outside their own offices, has completed its first round of €100K from well-known Estonian and Finnish angel investors and top executives. The funds will be used to develop product and enter new markets.

MySpotit was founded in 2018 by Hardi Kinnas, Mikk Puurmann, Timo Mitt and Orangetime Event. In addition to standard meeting rooms, it also offers less conventional locations such as the airport, a banquet studio or a wine bar. The team is also developing a solution that will act as the world’s first assistant for team leaders in creating effective meetings. The startup also already has over 120 clients such as Transferwise, Veriff, Bolt, Helmes, Eesti Energia, Elisa and Telia.

Martin Villig, the co-founder of the international transport platform Bolt, commented: “Bolt is a fast-growing company, so we need efficient meetings and, consequently, constantly need various spaces: MySpotit makes booking these very easy. In addition, the platform for sharing meeting spaces is a good solution for the companies who find that their own meeting rooms are often empty; they can be used for generating income in exactly the same way as Bolt allows extra income to be made by using your own car or Airbnb helps you share your property with other users for money.”

Robert Kitt, member of the supervisory board of AS Kapitel and TalTech and a former member of the management of Swedbank, said that corporations lose thousands of euros per year because of ineffective meetings: “A recent survey shows that companies around the world waste approximately €500 billion per year on useless meetings, which equals the national budget of Estonia times forty-five. I see MySpotit’s potential in the fact that the portal does not only mediate rooms but also specialises in improving the content planning of the meetings and provides executives with future opportunities for creating better and more efficient solutions for their teams.”

As a result of the funds, the value of MySpotit now exceeds €1 million. Having established a secure foothold in Estonia, the meeting room mediation service will be using the invested funds to continue product development and enter new markets, such as Riga and Copenhagen.

“Quite simply, Whereby is the easiest way to meet over video”: Interview with Whereby’s co-founder Ingrid Ødegaard