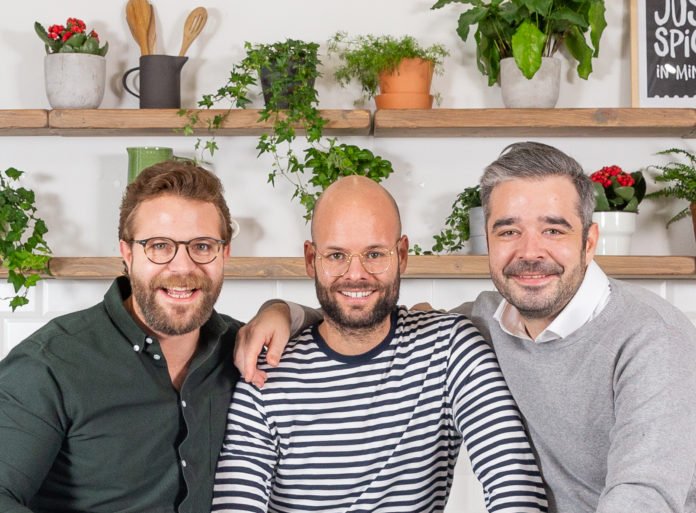 German startup Just Spices, a fast-growing spice mix brand, has announced a €13 million Series B round led by Five Seasons Ventures and Coefficient Capital, with participation also from Bitburger Ventures. With the new funds acquired capital, Just Spices intends to further consolidate its market position as an innovation driver in the spice mix sector in Germany.

Just Spices, founded in 2014, is revolutionising the spice market, with innovative spice mixes (natural and free from chemical additives), convenience and a digitally-enabled experience. It has built a vibrant, active digital community of home cooks. More than 60 percent of its sales are generated online and the community has grown tremendously, making it one of the most followed spices brands in Europe on social media. Through its own in-house studio it delivers content, recipes, a mobile app and a podcast which have given it a unique and influential voice in the market.

In 2018, Just Spices increased its product offering with the launch of IN MINUTES, an easy spice solution that has quickly set the standards for fast and easy to prepare quick-fixes for organic, modern, everyday meals. Consumers need only buy a couple of extra fresh ingredients to add to the prepared mixes to create a fresh-tasting, additive-free modern classic dishes.

Franklin Isacson, co-founder of Coefficient Capital stated: “Just Spices engages brilliantly with today’s consumers online and offline to deliver exactly what they want. The new IN MINUTES category is just the latest example of how it innovates: imaginatively and at speed. We look forward to helping Just Spices fulfill their extraordinary potential.”

“At Just Spices we found four attributes that could make it a champion of the spices market” says Niccolò Manzoni, co-founder of Five Seasons Ventures, “a strong team and culture led by Florian, Ole and Bela, a deep understanding of consumer preferences, the ability to build a unique and engaged online tribe on social media and strong commercial traction. That is why we backed Just Spices.”

With this round of funding, Just Spices will expand its team, grow its market position in Germany and, over time, build its presence in the rest of Europe and North America. Just Spices will further strengthen its real-time data collection and analytic capabilities to optimise its product portfolio and keep it aligned with the most relevant food trends and tendencies.