10 promising Netherlands-based startups to watch in 2020 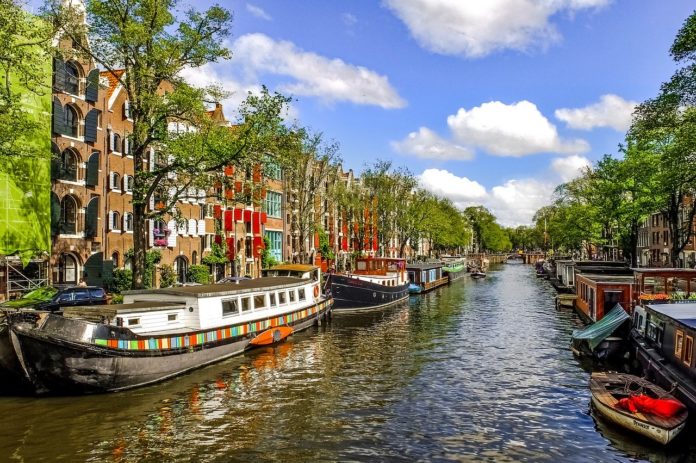 It’s not all windmills, bicycles and canals. Known for its open culture, driven work ethic and the fastest broadband speed in Europe, the Netherlands is a haven for startups. Ranked at no. 3 in the EU on the 2019 Global Innovation Index, the Netherlands boasts more than 10 leading innovation hubs, all offering founders world-class incubation and acceleration. Moreover, as of 2015, entrepreneurs from outside Europe can get a 1-year “startup visa”, which affords temporary residence to launch a business, as long as they are supported by a Dutch mentor.

So, without delay, here is our top pick of Dutch startups to watch as we speed in 2020.

Shleep – Shleep, founded in 2017, is a first of its kind B2B digital sleep coaching company. It is well-known that professionals today are working long hours, especially founders, and Shleep has a solution. The Amsterdam-based team offers workshops, assessments, coaching, and a unique and scalable sleep coaching app to help companies, and their workforce and/or coworkers sleep better, and overall be happier and more productive. Shleep raised over €1.4 million in seed funding in summer 2019, and have bagged clients like Spotify, Nivea and Deloitte.

Crisp – Founded in 2017, Crisp is the Netherlands’ first app-only supermarket. Its mission is to offer fresh, locally produced and seasonal products to its customers, which certainly responds to growing concerns about where our food comes from and its ecological footprint. Crisp raised €3 million seed capital for its launch, which at the time was the highest raised in the past 3 years in the Benelux according to Dealroom. Since then, in June 2019, it raised another €5 million, and has grown its team to 50+ strong, and doubled its number of suppliers.

Dott – Dott, founded in 2018, is an e-scooter startup ready to ride the e-scooter wave and take on the big players in the market. Its scooters are sustainable and powered by green energy from local resources, like solar, hydraulic and wind. The startup raised €20 million in seed funding in 2018, and €30 million in Series A funding in June 2019. Having expanded now to Brussels, Paris, Lyon, Munich the Turin, the team’s unique aspect is that it will rely on locally recruited teams to collaborate with the municipalities to develop the best solution for each city.

Meatable – Meatable, founded in 2018, is responding to growing concerns over the impact of the meat industry and offers a plant-based alternative. Marketed as ‘guilt-free meat’, the product is created by artificially growing cells taken from an unharmed cow or pig. The startup raised more than €3 million in seed funding in October 2018, a Eurostars grant in November 2019 and also snapped up €8.9 million in further seed funding just as the year closed. The startups unique aspect is that its opti-ox technology can speed up meat production from months to a matter of days or weeks.

Kambr – Kambr, founded in 2019, believes that a perfect storm has been steadily brewing to disrupt the aviation industry status quo. It sees that airline commercial operations are overdue for change, regarding airline-passenger relationships, digitalization and data management. It offers airlines software, advisory services and media expertise to keep them at the top of their game and lift their revenues. With a seed investment of more than €3.5 million in 2019, the startup has already expanded to New York, Minneapolis, and Los Angeles.

Dyme – Dyme, founded in 2018, is a personal finance management app. It allows users to gain insight into their recurring expenses, listing all subscriptions in one clear overview. Plus, can users manage, cancel, and switch their subscriptions, with a single click. The team landed €30K seed funding in November 2018, and in 2019 were on fire raising €25K via angel Hans Van der Noordaa, €300K in from Innovatiefonds Noord-Holland, and €600K in a round led by Peak Capital in 2019.

I AM POP – I AM POP, founded in 2016, allows record labels, artists, and events to send private messages to their fans, via messaging apps. Primarily being used through Facebook, the app is being integrated into other chat services. In a ‘post social media’ time, the app aims to take advantage of the growing trend towards private and personalised messaging. In March 2019, the startup grabbed a €2 million investment, and with 94% average open rates, has bagged major clients like Ministry of Sound.

Woov – Woov, founded in 2015, is a ‘festival tech’ startup based in Amsterdam, targeted at millenials. The app combines festival, nightlife and social events, acting as users’ realtime companions throughout the evening to find the best spots and see what their friends are up to. At festivals, users are able to see at what stage their friends are after losing them for the millionth time. In July 2019, the team raised €3 million after signing up 1 million users to its platform.

Soulpicks – Soulpicks, founded in 2018, is an app that allows you to discover places loved by people you trust. In turn, you can create your own collection of favorites by connecting with friends and browsing curated recommendations from experts. The traveltech app was started by the co-founder of Snappcar, and has Michael Birch, one of the first investors in Pinterest, as an advisor. The Amsterdam-based team snapped up 1.3 million in seed funding in 2019.

Medal – Medal.tv, founded in 2015, allows users to watch, record and share gaming highlights, with the tap of a finger. The startup attained €3 million seed funding in February 2019, as well as closing an €8.1 million Series A round in September 2019. The Naarden-based team was also in the news last year, having acquired Megacool.co to expand to mobile gaming, as well as being one of the apps to technically support TikTok’s new ‘Share’ tool.