Wishu, the app that lets businesses book creative freelancers on demand, launches in the UK with €535K raised 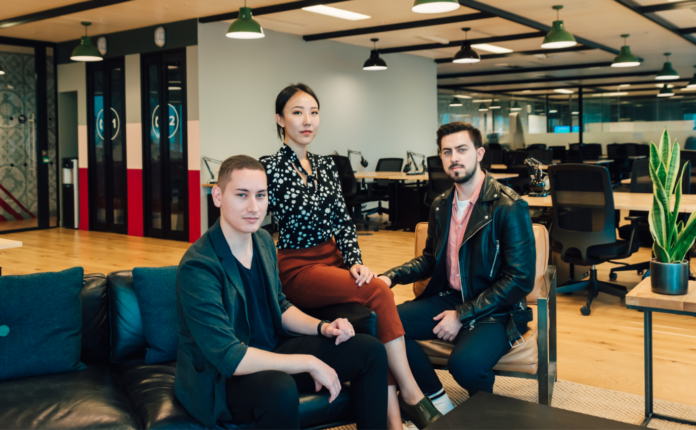 London-based Wishu, the marketplace for creative freelancers, has today announced the launch of its app across the UK. Wishu (founded in 2019) is the world’s first social marketplace app that allows creative freelancers and businesses to negotiate, book and pay for services within the app. Wishu lanches with a total investment of €535K, and a host of major players already on board: Y-Combinator, TechStars, and Momo.

With the rise of freelancing side-hustles, remote teams and co-working offices, it is no surprise that startups like Wishu are popping up to respond to our new ways of working. According to Wishu, there are now 162 million people across Europe and the US freelancing or taking part in the gig economy. Wishu hopes to cater to this trend, as well as suit the communication habits specifically of Generation Z (those born between the mid-1990s to the early 2000s), who will represent 75% of the workforce by 2030.

Wishu enables creative freelancers in fields such as photography, design, beauty, music, art and dance to spend more time developing creatively, with the app taking care of time-consuming administration and day-to-day practicalities. This is especially important for Generation Z creatives, who are increasingly turning to freelancing as their working mode of choice but find their needs uncatered for in the existing marketplace. The social network aspect of Wishu allows creatives to build a public portfolio, interact with clients, attract requests and bookings, and apply for on-demand jobs posted near them.

On the other side, businesses that want to book local freelancers can do so quickly and easily, by browsing profiles (with user reviews and ID verification), communicating via the chat function, and booking in a single click. They can also post on-demand requests which creative freelancers can apply to. Additionally, Wishu states the cost of hiring talent via the app is lower than through more traditional freelancer agencies.

Moreover, the freelancers themselves are using the app to book other creatives to work with. Wishu has found that early users are likely to book a supporting service through the app, for example a musician booking a photographer for a show, demonstrating a multi-direction marketplace.

Lavena Xu, Co-founder and CEO, said: “The upcoming generation of creatives are increasingly gravitating towards freelancing and a DIY model of building their careers. But they are not receiving the support they need – young creative talents are still spending too much time and energy on the day-to-day tasks of managing their work. Now there is a tool that does the heavy lifting for them in terms of finding work and getting paid.”

“And for those who are booking these freelancers, Wishu offers speed, convenience and security. With all user verification, reviews and payments handled through our system, we give companies and individuals peace of mind,” added Xu.

The Wishu app is available in the App store and is expected to become available on Android in early 2020.

Share
Facebook
Twitter
WhatsApp
Linkedin
Previous article10 Utrecht-based startups to watch out for in 2020 and beyond
Next articlePeregrine Ventures raises more than €103 million for its fourth fund, to invest in MedTech startups