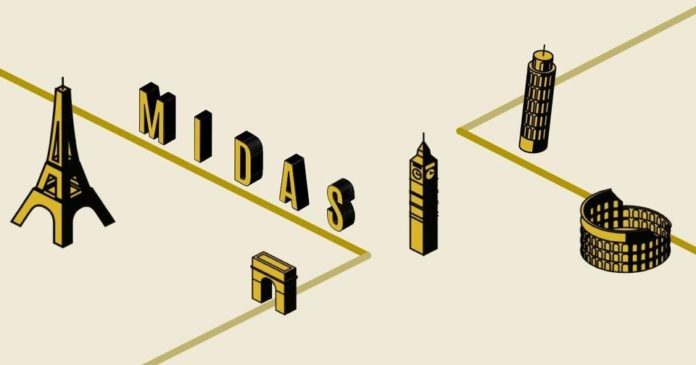 Forbes today released the 2019 Midas List Europe, which highlights the top 25 venture capitalists in Europe that are investing into the most disruptive high-tech innovations. The list was announced today on stage at the Under 30 Summit Europe in Berlin and includes a mix of new and old faces.

In terms of gender balance, only 4 women have made the list, highlighting again the need to promote diversity in the global venture capital community. The women featured are Sonali De Rycker (No.2) of Accel Partners; Luciana Lixandru (No. 20), another of three Accel Partners in the top 25; Reshma Sohoni (No. 16) of Seedcamp and Laurel Bowden (No. 22) of 83North. However, if it is any consolation at all, the 16% representation of women on the Midas List Europe exceeds representation on April’s international list, which featured a record 12 women of 100.

How was the list decided? Firstly, Forbes’ Midas List Europe receives submissions from Europe and Israel’s leading VC firms. Next up, Forbes and data partner TrueBridge Capital Partners run said data through a proprietary model that evaluates investors by their portfolio companies valued at $200 million or more, or that exited at $100 million or more, factoring in the stage, size and returns of such deals. Spanning early and later stage investments, Forbes’ Midas List Europe recognizes bolder and bigger bets.

The No. 1 spot is maintained by Czech-born, London-based investor Jan Hammer, due to the success of Dutch payments company Adyen, which went public in 2018, as well as investments in unicorns Collibra, Robinhood and TransferWise. The No. 2 spot is given to previously mentioned Sonali De Rycker who led Accel Partners’ investments in Lyst, Spotify and Monzo among others.

The highest-ranked newcomer on the list Danny Rimer (No. 3), also of Index Ventures, who moved back to London from California a year ago to find the next big thing in tech. Rounding out the top five is Stockholm-based Par Jorgen Parson (No. 4) of Northzone and Klaus Hommels (No. 5), the founder of Zurich-based Lakestar.

“The technology industry in Europe continues to expand and demonstrate significant exits, making the region an increasingly desirable location for venture capitalists worldwide,” Konrad said. “Despite Brexit and privacy laws, investment in European startups has never been stronger and VCs in the U.S. are looking to expand overseas in hopes of finding the next generation of tech breakout companies.”

The 25 investors on Forbes’ 2019 Midas List Europe come from five countries across Europe and Israel. London dominates the list as the residence city of 16 of the leading VCs, though their nationalities and origins are far more diverse. Israel follows with four investors; Sweden and Switzerland each boast two; Germany has one.

To read more about the complete ranking, methodology, videos and more, visit The Midas List Europe 2019.