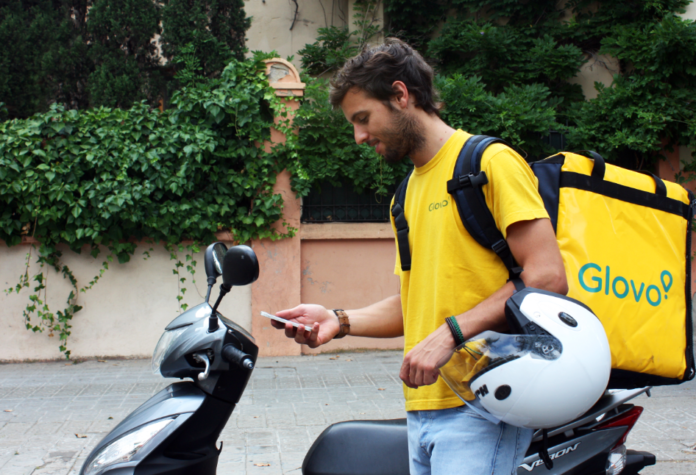 Indeed, Glovo is no stranger to receiving funds, having snapped up Series C and Series D funding of over €265 million in the last year and a half.

Oscar Pierre, Co-founder and CEO of Glovo, said: “To have achieved unicorn status is something truly exciting and a testament to the talent within the company, and their determination to keep innovating and disrupting the on-demand delivery space. Despite our rapid growth and new status, we still have the same vision we’ve always had: to make everything within the city instantly available to our customers.”

The Barcelona-based startup, which promises to deliver everything from food to groceries to pharmaceutical items, has been strengthening its global position, right across Europe, Latin America and Africa. In fact, it recently entered the Polish market and acquired Pizza Portal in a €35 million deal, as well as invested in a second technology hub in Warsaw. It certainly seems to have been working – Glovo states that it is sitting among the top two delivery players in 24 of the 26 countries in which it operates.

The funds will be used to continue this colossal expansion, hiring 300 additional engineers by mid-2020, as well as adding 90 engineers, tech and product experts to its new Warsaw office. Indeed, building an army of a tech team will allow Glovo to perfect its user experience, and reduce waiting time for couriers and customers.

In addition, Glovo aims to seek out strategic partnerships, similar to its deal with Carrefour, which have facilitated its ‘deliver anything’ service (including alcohol, pharmaceutical products and other everyday items). Then, to spur on the growth of its groceries category, Glovo will continue to seek and invest in its own ‘dark supermarkets’ (a store closed to the public, where only employees pick up products). The company currently operates seven dark stores in Europe and Latin America, and plans to open an ambitious 100 more by 2021.

To get insights on how the company has skyrocketed to success, you can join Oscar Pierre, CEO and co-founder of Glovo, at the EU-Startups Summit 2020, May 28-29, in Barcelona. Oscar, who is just 27 years young, will sit with us for a chat on how he is steering the ‘Glovo ship’, maintaining company culture when hiring so fast, and tell us about some of his biggest failures and learnings. You can find out more information about the EU-Startups Summit here. There is still time to get your spot – we would love to see you there!