“Paris will be the most vibrant tech scene of Europe”: Fast interview with Xavier Niel, French tech billionaire 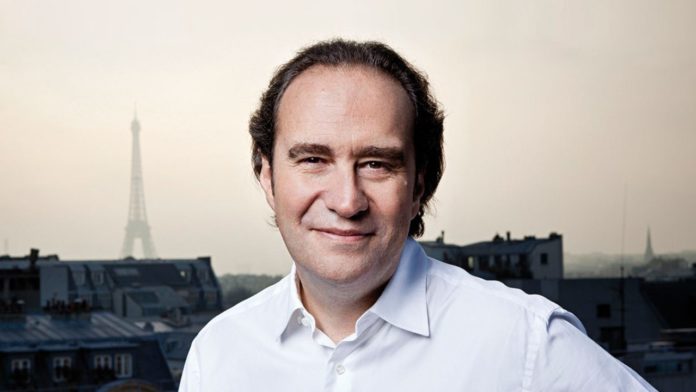 Xavier Niel, the Paris-born tech billionaire, is on a mission to turn France into an innovation powerhouse.

For those who are not familiar with Xavier’s background, he is best known for his colossal ventures in the internet and telecommunication industries. He began his entrepreneurial journey at just 17 years young, using Minitel services, a French forerunner of the internet, to provide ‘online’ chat services. He subsequently co-founded France’s first internet service in 1994, Worldnet, bringing millions in France to the World Wide Web. Currently he is best known as founder and majority shareholder of the French Internet service provider and Mobile operator Iliad (Free).

“We have always been obsessed by providing our users with the fastest and most convenient access to the Internet, at the best price. And nothing else. We are very focused. It makes the difference I hope :)”, Xavier told us.

Now, having backed more than 800 startups, Xavier is investing in the entrepreneurial infrastructure of France, to help the country grow into a world-renowned tech hub. This new goal is giving young people a helping hand, perhaps even before they even know they are entrepreneurs.

In 2013, Xavier funded École 42, a groundbreaking free computer programming school in Paris. With Xavier himself skipping University, École 42 doesn’t require a minimum level of studies to get in, and doesn’t have teachers, either. This ‘out-of-the-box’ school has a social mission with innovation at it centre: making programming, a key entrepreneurial tool, accessible for anyone.

Among other ventures, in 2017 Xavier then funnelled €250 million into building Station F, which is the largest startup incubator in the world. This monumental space boasts 366,000 square feet, 4000 desks, chess boards, multimillion-dollar art installations and a whole host of success stories (think recast.ai, a Parisian chatbot business which was recently acquired by SAP from the Microsoft AI Factory programme).

When asked what impact Station F has had so far, Xavier referred to its effect on Europe’s, and indeed the world’s, impression of the French startup ecosystem. Indeed, Station F has shone the spotlight on France’s ability to break the rules, set new records and act as a destination for creativity: “When people need to associate Paris/France with startups, now they can easily think of Station F, it resonates way beyond what we could have imagined, what a joy!”

Moves like this are no doubt in line with the goals of France’s own President, Emmanuel Macron, who has pledged to make France into a “startup nation” (in fact, according to Forbes, the two are so aligned that they communicate on an SMS text basis).

With all this taken into consideration, where does Xavier see the French, and specifically Parisian, startup ecosystem now, and can it become Europe’s leading tech hub?: “I think that Paris is 3 years behind London. 5 years ago, it was 10 years behind. Hopefully, Paris will catch-up and be the most vibrant tech scene of Europe in 5 to 10 years :)”

Finally, for Xavier, failure is not something that he likes to dwell on, but rather use as a platform to launch from quickly into the next horizon. He says, “It’s hard to reflect on one particular failure, I like to believe I have made lots of them and learnt a lot from each one”. Then, when asked what advice he could give to himself 10 years ago if he could, his answer quite simply says it all: “Faster? ; )”.