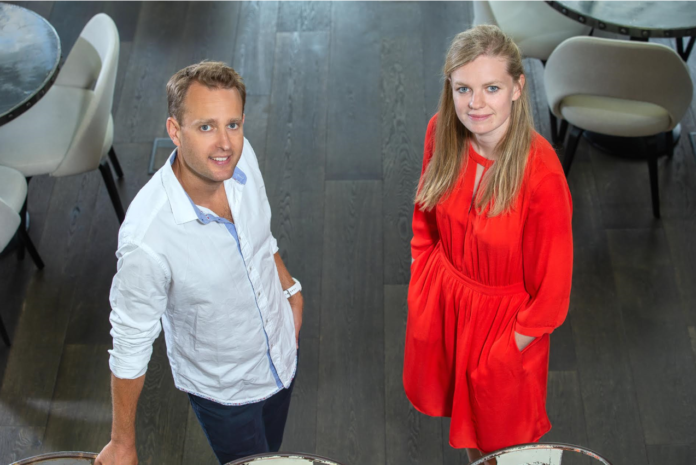 Ada Ventures today announces that it has raised a fund of €30.6 million to invest into ‘overlooked’ founders, in a move inspired by Ada Lovelace, the first computer programmer.

According to the firm, at present, 92 in every 100 dollars invested in Europe goes to all male teams, and furthermore, 83% of founders are white and 82% are university educated. In the UK, a quarter of investment committees saw no female founders in 2017 and 72% of Venture Capital funding is invested in London alone.

Ada Ventures was founded to change that. Ada Ventures is a first-cheque seed fund, on a mission to make venture capital truly accessible to the best talent in the UK & Europe – regardless of race, gender or background.

British Business Bank will cornerstone the fund through its Enterprise Capital Funds (ECF) programme, which supports new and emerging VC fund managers who target the early stage equity gap. The programme combines private and public money to enable equity investments in high growth businesses. Since its inception, it has committed around €1.5 billion (including third party investment) to facilitate finance to 526 smaller UK high growth businesses.

Other investors include global funds such as US-based BlueSky Capital and Dubai-based Rasmala, alongside individuals from across the global tech ecosystem, including TransferWise co-founder Taavet Henrikus, Supercell’s co-founders, Backstage Capital’s Arlan Hamilton. The fund is backed by leading figures from industry such as Dame Cilla Snowball, Silicon Valley law firm Wilson Sonsini, and later stage funds Atomico and Inovia Capital.

It is the fund’s aim to have the most diverse pipeline, and portfolio, of any fund in Europe. The fund will make around 30 investments in companies targeting globally significant problems, particularly for groups that are overlooked by venture capital, including ageing populations, women, and young people under 20. Key sectors are healthcare, consumer and the future of work.

It also deploys Ada Scouts, a growing network of ‘scouts’ who are positioned and incentivised to bring excellent opportunities, in line with the firm’s investment strategy, to the table. Ada Scouts are vital: innately grassroots, they mirror the startups Ada wants to find and support, with the opportunity, via a finder’s fee and a longer term aligned incentive to become investors themselves. Ada Ventures has already agreed terms on two investments through this network.

Ken Cooper, Managing Director, Venture Solutions at the British Business Bank, said: “Ada Ventures is an important step in the right direction for the UK Venture Capital ecosystem, with a fund focused on democratising VC investment regardless of gender, race, background, or location. By backing first time fund managers and taking cornerstone positions through the Enterprise Capital Fund programme, the Bank can support funds like Ada Ventures in creating greater diversity within startup funding.”

Who was Ada Lovelace? The life of the woman who envisioned the modern day computer