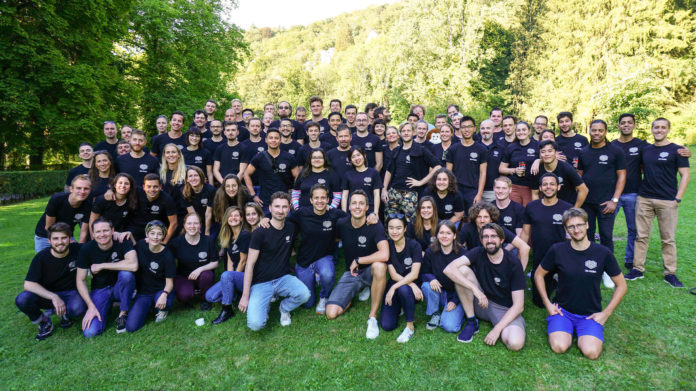 Amsterdam-based 3D Hubs, the online manufacturing platform, today announced its entry into the French market, with new offices opening in Paris. Putting to use the €18 million Series C funding it raised in the summer, this move is also backed by FutureShape, headed by iPod inventor and iPhone co-inventor Tony Fadell. The move will provide French engineers with virtually unlimited production capacity, from a global supplier network.

3D Hubs is an online manufacturing platform that provides engineers with on-demand access to a global network of manufacturing facilities. Users can easily upload their design, instantly receive a quote, and start production at the click of a button. Founded in Amsterdam in 2013, 3D Hubs has raised over €27 million and produced more than 4 million parts, using various manufacturing technologies, including CNC Machining, 3D Printing, Injection Molding and Sheet Metal Fabrication.

The fast-growing company already works with more than 35,000 businesses worldwide, including 27% of Fortune 500 companies, to manufacture their parts. NASA, Toyota, and ABB have made the platform an integrated part of their sourcing process for rapid prototyping and low-volume production runs. Recently, Forbes compared the strategic importance of 3D Hubs’ manufacturability algorithms to Google’s search algorithms. In fact, 3D Hub’s goal before the end of 2020 is to produce 4 million parts for European companies.

This new move will drastically reduce lead time and cost for French engineers, as they will be able to securely source custom parts online from a worldwide network of partners, avoiding manufacturing queues. This will not only strengthen startups and businesses throughout France by shortening their time to market, but will also help modernize manufacturing opportunities across Europe’s third largest manufacturing economy.

Tony Fadell, is betting on 3D Hubs to change the way French engineers make their parts: “3D Hubs would have been an essential resource when we were building the iPod, the iPhone, and Nest. Instead of waiting weeks to get back models & prototypes, now with 3D Hubs’ crucial online prototyping & manufacturing platform, engineers and designers can turn ideas into objects in only a few days, with precision 3D printed, CNC’d, or injection molded parts, and even move straight into volume manufacturing.”