The 5 best countries in Europe for founders and startups 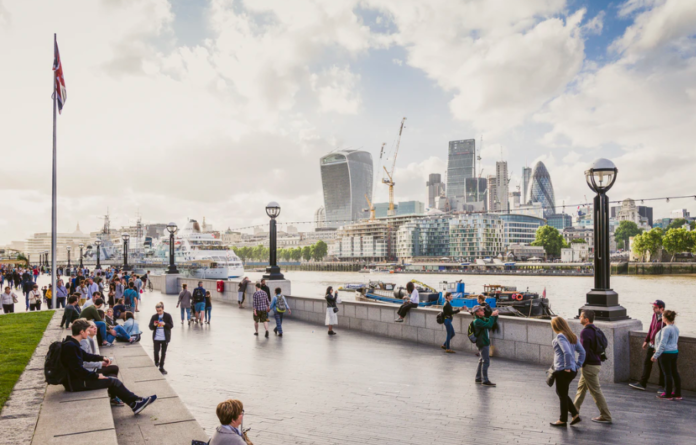 If you are thinking about which country in Europe is the best for creating your startup, you are not alone. Internationally minded founders take time searching for the best options they might have in different countries across Europe. And it makes sense, since from country to country there are many differences in terms of corporate law, business environment, corporate tax and incentives.

So, which countries in Europe are the best to locate and grow your startup? The question is not so easy to answer as you might think. When it comes to choosing the right location for your startup, here are some key points you should take into consideration:

We dissected the subject and got to the short list below with 5 of the most attractice European countries for startups. Those were ranked through a mix of incentives that they offer, how advanced is the startup scene, their capacity to support startups from bootstrapping to VC rounds and internationalization, ease to get work visa for your workforce – together with brain power and infrastructure quality.

London has long been seen as the startup epicenter of the world outside Silicon Valley. But depending on the sector, your startup might also be well located in other UK cities like Manchester, Birmingham or Edinburgh – which are also more affordable options when it comes to office space and hiring.

The difference of setting up shop in London is that from day one you will have more access to venture capitalists than in any other city in Europe. So yes, the general costs to maintain a business are higher there, but as a compensation you are “closer to the money”.

About 30% of the European venture capitalists are based in the UK. Startups there raised between €4.5 and 5 billion from venture capital all over the UK in 2017 in the tech sector.

Companies pay a 19% corporate tax and there are intentions and talks to decrease that to 17% in 2020, as a measure to fight companies exodus after Brexit. Also, in case your startup will have less than £85,000 taxable turnover, it will not have to register for VAT (value-added tax). On a slightly negative note, we expect Brexit, in which ever way it will come, to have a negative impact on the UK economy and it’s attractiveness for startups.

Berlin is the main city when we talk about startup life in Germany. Not only will you find a highly educated and multinational workforce whose second language is English, but you will also find a top-notch infrastructure (transportation, internet, telecommunications, social services) combined with local government incentives for creating your startup to the city.

Companies like Zalando, SoundCloud, Freighthub and Penta are representatives of the German success in this field.

As far as taxes are concerned, the corporation tax is at 15% in Germany. Companies also are subject to commercialization taxes, but businesses with taxable turnover of less than €50,000 do not need to register for and pay VAT.

On a side note, there is a growing belief that after Great Britain leaves the European Union, the number of startups will rise in Germany as a whole. Some German organisations are trying to take advantage of that by advertising in the UK about the German infrastructure and welcoming environment for UK based startups.

The Estonian case is different from anywhere in the world. The small country combines a powerful educational system, highly digitized procedures, ease to obtain work and entrepreneurial visa – the e-Residency program is famous as the first to allow you to be e-resident in a country in Europe and manage your Estonian company remotely.

With one of the highest startups per capita rate and an economically active population oriented to entrepreneurship and disruption, Estonia gave the world companies like Taxify, Skype and Pipedrive.

The government has long advocated entrepreneur-friendly tax policies and since the end of the Soviet Union it has created aggressive incentives to attract foreign investors, especially in IT and some other niche segments, like fintech.

Estonia has a very flexible corporate tax framework and it is attracting many foreign companies to start their activities there, together with the aforementioned infrastructure they developed

Sweden has produced some very successful startups in the recent years and is the home to some great inventions and disruptive technologies. For example, Klarna, a Swedish payments fintech company, has become one of the biggest fintech companies worldwide with their last round of investment in the beginning of this month raising $460 million and reaching post-money valuation of $5.5 billion now, to further fuel their expansion to the US.

The land of IKEA brought also Spotify, iZettle, Pixlr and Truecaller to the world, being feverish on disrupting industries through digitalization.

The corporate tax in Sweden is of 22%. There are talks to cut this tax to as low as 20.6% by 2021, in an attempt to be more competitive and attract foreign founders.

Rovio, Supercell and Varjo are just 3 examples of scale-ups from Finland that made it on to the world stage. Finland has already established several highly successful tech companies and it has been capturing an increasing amount of foreign investments. Finnish infrastructure, foreign-friendly work policies, educational system and quality of life play a prominent role in the decision of many foreign founders to relocate to the country, besides their expertise in heavy industries and nature related solutions.

Finland is so welcoming for startups into their economy that the local ecosystem tracks the monthly progress of its top 100 startups. Grants and loans are awarded by the Finnish government to support startups especially when they come out of incubators in universities. Founders, on the other hand, also have access to startup centered events like Slush Helsinki. Currently, Finland has a corporation tax rate of 20%.

Final Remarks: The best way to make your decision on where to base your startup is to actually talk to local governments, accelerators, universities and the local startup community. The findings of this article were based on the opinion and work of leaders from the European founders community, accelerators, university staff, trade chambers directors and ministries. Although articles like this one can show you some direction, it is your perception and strategy that must match with the new place where you will bet on your company’s future. So, go do your homework.