How to overcome procrastination in order to grow your business? 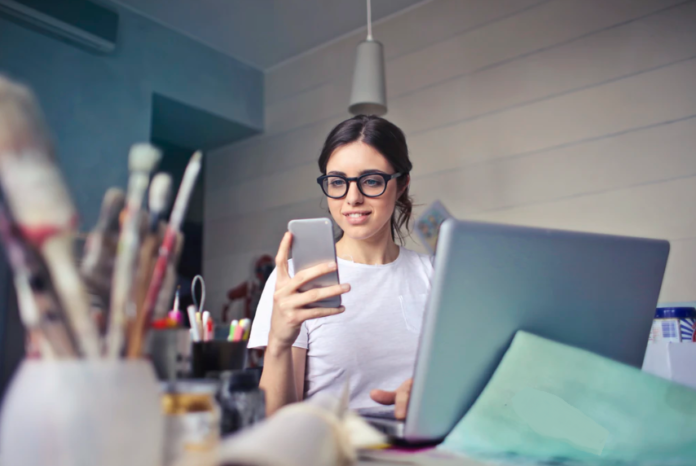 Procrastination – the action of delaying or postponing something – can be quite damaging for your startup. Everyone has experienced it before, but it’s hard to say where it comes from and how to stop it. But since procrastination slows down your productivity and keeps you from reaching your goals, it’s definitely worth fighting. So, why are we procrastinating and how can it be stopped?

While researchers initially considered procrastination to be just a simple time-management issue, nowadays psychologists consider it to be a much more complex and highly individual problem.

Greek philosophers used the word akrasia to explain the state of acting against one’s better judgement. On the base of this word, author James Clear described that everyone has a “Present Self” that wishes immediate happiness and a “Future Self” that demands long-term benefits. When the right time comes to make a decision, you are no longer making a choice for your future self. Now you are in the present moment and your mind is thinking about the “Present Self”. The unfortunate result of this can be procrastination.

Everyone deals a bit different with procrastination. Some hardly ever experience it, others experience it pretty much every morning when they keep on pressing the snooze button on their alarm. So how can we fight procrastination once and for all and get back to good productivity?

“Just do it” might be the easiest answer, but it’s easier to say than to do. If you are continuously avoiding to deal with particular tasks, there is a fundamental and very individual reason for that. Below I’m describing four factors that might be the root of your bad habit.

Think about the last time when you started a project or business. You might have felt thrilled and energized in the beginning. But after a few months the excitement slowed down and things started to get a bit boring. When your mind experiences something new and exciting, it releases dopamine. It’s chemistry that rewards you and keeps you going.

But after a certain amount of time your brain starts to rebel. Procrastination happens when your brain thinks that “I will not get rewarded for my hard work”. Your “Present Self” and its demand for immediate happiness makes it even harder to move yourself forward that task.

You can try to overcome this dopamine dilemma by celebrating even the small wins during your working day. Best case, every single task should be accompanied by a simple trigger that gives you the feeling of having something accomplished. When you complete your daily tasks, make some space for small rewards, like listening to your favourite song, go out for a coffee, or watch something entertaining. Small successes reward your novelty-seeking mind and will bring you closer to the finish line.

2. You just don’t know where to start

It’s pretty normal if you feel overwhelmed sometimes, especially while building a startup. With a seemingly endless to-do lists it can be pretty hard to decide where to start. Unfortunately, this often leads people to procrastinate in a sneaky way: They capture first in least important things like, instead of focusing on tasks that are rather urgent and important.

Founders are especially inclined of experiencing this situation, since often there seems to be no clear path forward. A feeling of uncertainty is quite common amongst many entrepreneurs – especially when you are just starting out.

But you have to clear your mind and this about your priorities. This can be done by brainstorming, or by talking to your friends, mentors or advisors. Best case, seek help from people who are not lost in the weeds of your business day to day operations. Aside of external advice, creating systems, schedules and clear routines can also help you to stop procrastination.

Startup advisors love to repeat the mantra “fail fast, fail often”. Under the boldness, however, most people live in fear of making bad decisions. Some fear failure so diligently they cut corners. Instead of launching a beta version, others might be late for the release date, miss deadlines or obsess over small details. Fear can paralyfstose you and stop you from moving forward.

Fear-based procrastinators could also be described as “avoiders” – people who deeply care about other people’s opinions. This goes as far as they would rather have others think they lack effort than ability. While it’s great to aim for high standards, always keep in mind that nobody’s perfect, and especially in the startup world it’s often better to launch something too early than too late.

There a tasks that are just boring as hell. But many of those lame and bureaucratic activities are required when building a business. When there are so many moving parts to tackle, who wants to spend time for invoicing or tax issues? This might be the most usual type of procrastination. People just don’t feel like tackling a tasks which is uninspiring and boring as hell.

In order to avoid procrastination of this type don’t wait for motivational lightning, but try to apply the technique called “if-then planning”. First write down the steps that are required to complete a task. Then as second step, you decide when and how you will complete those tasks. For example, you’ll write down “if it is 10.30am, I will close my email account and finish urgent accounting tasks until 1pm”. This procedure does not need much willpower and that is compulsory, because a lack of willpower can lead you to not starting at all.

Conclusion: Everyone has different reasons for procrastination, because all of us have different motivations, aims and personalities. Once you found out the main problem which is holding you back, it becomes easier to solve your situation. It’s important to become aware of your own motivations, goals and priorities. Not just because this will help you to stop procrastinating, but to also because it will help you with many other challenges throughout your entrepreneurial journey.