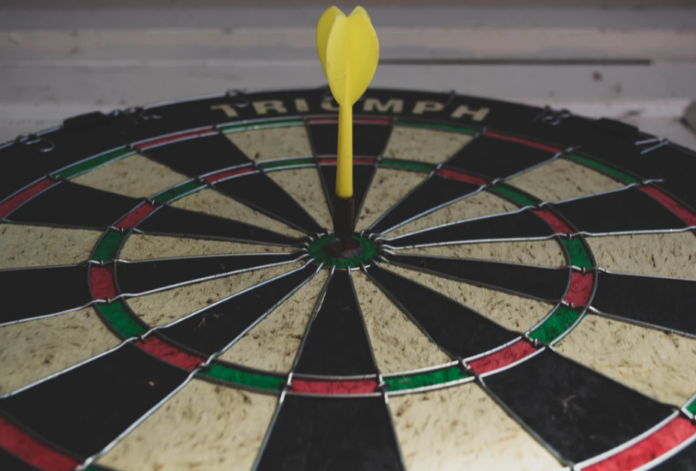 The World Darts Championship will return to Alexandra Palace in London this December, but for the first time in its history the three-week event will be cashless, as the popular sporting contest signs a deal with the French startup Weezevent. All bars, food and merchandise outlets at the event will be using a cashless payment system powered by Weezevent. The Weezevent system, which not only cuts out the need for cash but also helps event organisers to mine and understand visitor and sales data, debuted in the UK festival market at Standon Calling in 2019. It is already widely used at major events across Europe, including Rock en Seine, Lollapalooza and Hellfest.

Moving on from the previous paper-based token system, the 85,000 attendees at the World Darts Championship will be able to top-up in advance or on site, and make payments using souvenir NFC cards at Weezevent point-of-sale devices. These cards can be used on repeat visits to the darts series, which runs from 13 th December to 1 st January, benefitting fans who attend more than once during the darts’ three-week residency at London’s Alexandra Palace.

Olly Goddard, UK Country Manager for Weezevent, said: “Alexandra Palace is one of the most iconic venues in London and we are very much looking forward to bringing our cashless system here through our partnership with The World Darts Championship. The benefits to customers will be instantly obvious, with fewer queues at the bars and speedy transactions. Importantly, it will now be a much simpler process to get refunds back from the cards should there be any pre-paid amount left once the darts has finished. Previously, guests would have to send back the paper tokens; with the Weezevent system all refunds are processed online immediately after the event ends.”

Matt Porter, Chief Executive at The Worlds Darts Championship organiser the Professional Darts Corporation, stated: “I used the Weezevent system at Standon Calling and saw how easy it was to use. Providing a cashless solution to our fans is an important step to improving their experience at the World Darts Championship. As an organisation, we are always looking at ways to improve our offering and with Weezevent we have partnered with a proven and reliable system.”

Weezevent provides innovative tech solutions for ticketing and cashless payments to 140,000+ event managers and venues. Since launching in Dijon in 2008, Weezevent has enabled the sale of 50+ million tickets for all kinds of events incl. trade shows, concerts, parties, festivals, conferences, races, etc. of all sizes, from a few attendees to over a million people. By providing our solution to 200+ festivals e.g. Hellfest, Lollapalooza, Vieilles-Charrues…Premier league football clubs like PSG, the UEFA Euro Fanzone, Red Bull events, Weezevent is also a leader in cashless payments.

Recording a fast growth, the company has offices in Paris, Montreal, Madrid, London and Lausanne. It operates in 30+ countries and has 75 employees. Weezevent won the Innovation Grand Prize and the Fast500 EMEA award.