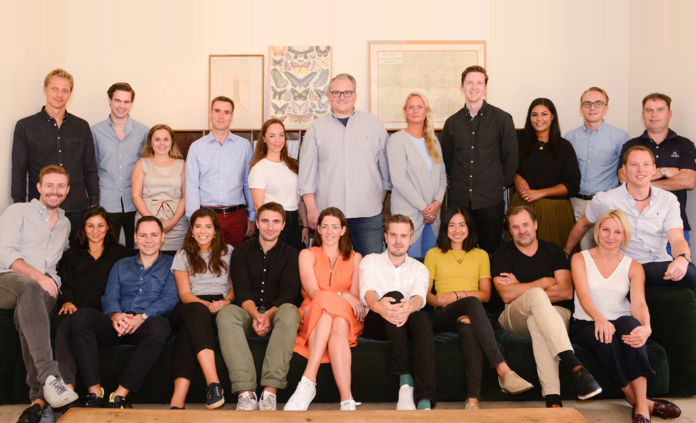 The Stockholm-based EQT Ventures team today announced the successful closing of their new fund “EQT Ventures II”. With commitments totaling €660 million, it is one of the largest VC funds in Europe.

With the fresh capital, EQT Ventures will build on the multi-stage strategy of the first fund, doubling down on investment in the next generation of ambitious founders building global winners out of Europe. As well as partnering early with bold European founders (typically at Series A and B), EQT Ventures will continue to bridge the US and Europe, providing support and capital for US founders (typically at Series B and C) keen to scale into Europe.

Born inside the EQT Ventures team and spun out to its own dedicated team in 2016, Motherbrain is managed as a startup inside EQT. Keeping track of millions of companies every day, Motherbrain enables the EQT Ventures team to assess companies faster, improve assessment accuracy and spend more time on the right companies earlier. The self-learning platform is deeply integrated along all steps of the investment funnel and involved in prioritizing and evaluating all investments. Five EQT Ventures’ portfolio companies have been sourced by Motherbrain so far – Peakon, Handshake, AnyDesk, Warducks and Standard Cognition.

Launched in May 2016 by some of Europe’s most successful founders and growth operators, EQT Ventures has established itself as one of the strongest additions to the European VC landscape. The previous fund “EQT Ventures I” has already generated strong returns.

EQT Ventures is modeled after the kind of VC the team would have liked to have had on their own startup journeys, providing support and advice throughout different stages of growth rather than just capital. Boasting expertise from the likes of Spotify, King, Booking.com, Lithium, Huddle and Hotels.com, EQT Ventures’ partners and operating partners provide portfolio companies with value-added services in a wide range of disciplines. These include product, marketing and communications, engineering, analytics, UX, international expansion, sales, partnerships and finance.

With teams on the ground in Stockholm, London, San Francisco, Amsterdam and Berlin, EQT Ventures’ local with locals approach and hands-on support for founders started to generate strong results early on. Just 2.5 years after its launch, the EQT Ventures fund had its first exit when it sold its stake in mobile games company Small Giant Games to leading social games developer Zynga Inc. in a deal valued at $700 million. EQT Ventures led Small Giant Games’ $5.7 million Series A round in March 2017 and remained the largest individual investor in the company. Throughout the investment period, EQT Ventures – with its team’s mobile gaming experience – supported Small Giant Games as it sought to scale Empires & Puzzles.

“Building a global success story is tough and requires more than just capital. It requires grit, ambition, teamwork and support from people who’ve experienced the startup journey firsthand,” said Hjalmar Winbladh, Partner and Investment Advisor to the EQT Ventures funds. He continued: “This is where the EQT Ventures team can help and, with a large multi-stage fund, we can support and coach entrepreneurs on their journeys for longer so they can scale and deliver long-term, sustainable growth. Europe has never lacked ambition, talent or innovation but compared with the US, European startups have often struggled to access the capital they needed to grow from bright ideas into proven businesses. With this fund, EQT Ventures wants to continue to help close this funding gap and the fund’s size is clear evidence of the growing confidence in European tech, which is punching above its weight. The EQT Ventures team is looking forward to partnering with the boldest founders in Europe and the US, determined to build global winners.”

Over the last two years, EQT Ventures’ aim to bridge the US and Europe has come to fruition as later stage US companies look to scale into Europe with an investor that has an in-depth knowledge of the market. Notable US investments include Handshake ($40m Series C), Standard Cognition ($35m Series B) and Darkstore ($21m Series B). With partner and investment advisor Alastair Mitchell heading up the San Francisco team, EQT Ventures is also well-positioned to support the best European startups when they expand into the US. Seven of the fund’s portfolio companies – 3D Hubs, Varjo, Peakon, Permutive, Codacy, Natural Cycles and Tinyclues – have recently opened US offices.

Thomas Ohr
Thomas Ohr is the "Editor in Chief" of EU-Startups.com and started the blog in October 2010. He is excited about Europe's future, passionate about new business ideas and lives in Barcelona (Spain).
RELATED ARTICLES
Startups by Country