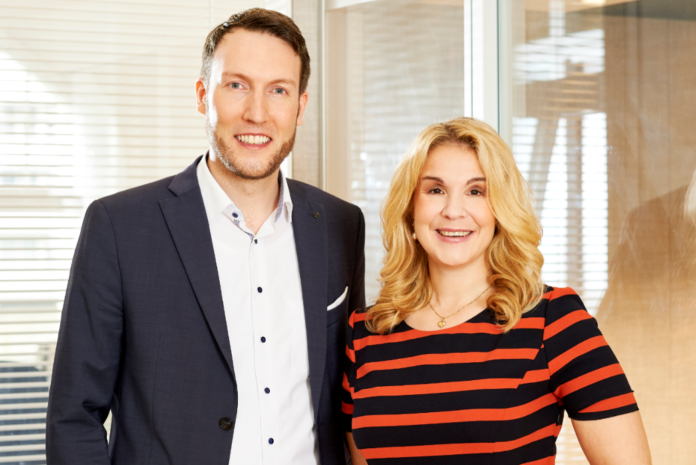 The Berlin-based fintech Acatus announces the successful completion of a Series A financing round led by DIP Capital LLP and the venture capital fund coparion. The existing shareholders and business angels also participated in the round. Acatus, which was founded in 2016, now has more than €5 million at its disposal to drive further growth. Acatus describes itself as the first digital debt capital markets platform. The B2B fintech offers originators to sell debts in the form of bonds to existing or new investors. In contrast to conventional portfolio securitization, assets such as loans or insurance are converted into individual securities and placed directly on the international capital market by Acatus. The startup thus enables both new business for banks and a transparent investment according to the individual risk-return profile of institutional investors such as pension funds, insurance companies, family offices or banks. Marie Louise Seelig, Co-founder and CEO of Acatus, wants to create a strong, neutral and bank-independent platform to avoid potential conflicts of interest for both originators and investors. She commented: “To maintain the necessary independence and avoid potential conflicts of interest on the originator side, I gave up my leadership position as the founder of CrossLend and decided to establish Acatus with a strong network of experts as a bank-independent digital debt capital markets platform. Against this background, I am particularly pleased that we have brought on board two strong and experienced VCs that will enable us to continue our journey and offer both investors and originators the best service when it comes to capital market access and investments. With our flexible Debt Capital Markets platform, we have created a tool to make loans available to the debt capital market. According to the ECB, there are twelve trillion EUR in loans available in Europe which shows the extraordinary market potential here. At the same time, we are making the European financial market more flexible and transparent.”

She continued: “The customers’ demand is very high. The financing comes at exactly the right time so that we can respond to market demand with rapid expansion.” Riccardo Cirillo, the founder and Managing Partner of lead investor DIP Capital stated: “We’re delighted to have taken a leading role in supporting such a motivated team of ambitious entrepreneurs. Acatus has developed rapidly since its foundation and its skillful team has created a uniquely differentiated Debt Capital Markets platform to overcome the complex securitization process. Acatus’ platform enables its customers to optimize their loan financing processes and investments into an easily tradable and transparent form of securities. This creates added value for all parties involved and at the same time opens up the opportunities for new business which are all absolutely necessary features for a well-functioning, fungible, European Debt Capital Market.”