With seven million customers in Europe, Revolut sets its sights on Asia with Singapore launch 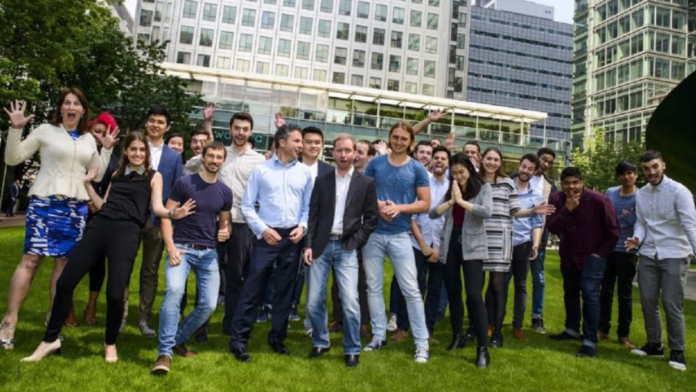 The London-based fintech Revolut, which has over seven million customers in the UK and Europe, has today launched its services in Singapore. Revolut launches in Singapore following a successful beta test over the course of the last year, and already has more than 30,000 customers in Singapore. Residents can spend and transfer money overseas at the real exchange rate, and hold and exchange 14 currencies in the app.

Revolut, which already has 30,000 customers in Singapore, enables Singapore residents to spend overseas in over 150 currencies at the real exchange rate, and to withdraw up to $350 each month from international ATM machines for free for its standard users, and $700 for its premium users.

Revolut also enables Singapore residents to transfer money overseas at the real exchange rate, and without hidden fees. Singapore residents can also hold and exchange 14 currencies in the app, including the Singapore Dollar, US Dollar, British Pound, Euro and Australian Dollar. Revolut intends to launch an additional 14 currencies in the coming months, including Indian Rupees, Philippine Pesos and Malaysia Ringgit.

“The average Singapore resident travels about seven times a year, and at the same time, they are transferring up to $7 billion overseas,” said Eddie Lee, head of operations for Asia-Pacific. “For the most part, these are ordinary, hard working people who are unaware that their existing providers are charging them as much as five percent in fees.”

Revolut has also pledged to help Singapore residents take back control over their spending. With Revolut, customers receive instant payment notifications directly to their phone, can see how much they are spending each week and month on things like groceries, restaurants and transport, and can even set up monthly spending budgets for these individual categories.

With Revolut, Singapore residents can also round-up their card payments to the nearest dollar and stash away their spare change to help achieve their financial goals. Revolut customers in Singapore can also send and request money from each other for free, and split bills at restaurants and bars at the tap of a button.

In 2018, Revolut set up its Asia-Pacific hub in Singapore, where the fintech now employs twenty people. Revolut is planning to triple its headcount in Singapore in the coming months.

Revolut launched in July 2015 as a digital alternative to traditional banks. Revolut was founded in London by former Credit Suisse Trader, Nik Storonsky, and former Deutsche Bank Systems Engineer, Vlad Yatsenko. The fintech has attracted over seven million customers in the UK and Europe since launch, and is opening one million new accounts every month. The company has raised more than $336 million in funding from leading venture capital firms, including Index Ventures and DST Global, and is currently a unicorn, valued at $1.7 billion.