Why and How to Build a Startup – Chapter 12: Love! 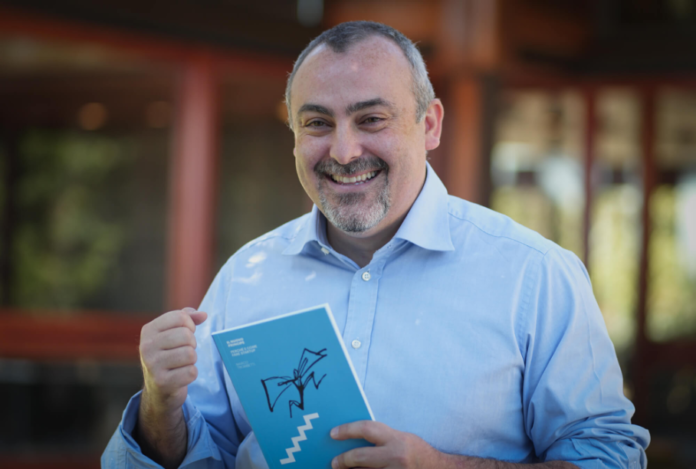 Editor’s Note: The following is the 10th chapter of the book “The New Prince“, a collection of essays on the counterintuitive lessons Marco Trombetti, founder of Translated and VC firm Pi Campus, learned by building and investing in startups. We agreed with the author to publish all 12 chapters through a guest post series. Check out the previous chapter here.

I have tried to share my experience, as both an entrepreneur and an investor, of why and how to startup. However, some questions remain open. How can we create happiness as well as wealth? What is the ultimate purpose of doing all this? The answers to these questions cannot be gleaned from work experience, nor from a short and straightforward life experience. These answers can be found in human nature, in what it means to be human.

At this point, my experience and logic are spent. All I have left to offer is a story.

As a young man, I spent a lot of time with my grandfather, who was called Cesidio. He was constantly thinking about eating, my grandmother, and his grandchildren. My grandfather had a difficult life; strangely, this made him happy. The concept intrigued me.

My grandfather was a beekeeper. At the age of 20, he left for war as part of the Alpini, Italy’s mountain troops. He took part in the campaign in Russia as part of the L’Aquila Battalion. He was dispatched to the front, on the Don River. During the winter of 1943, the Russian army launched a decisive attack that forced them to retreat. On foot, the Alpini marched through the snow for 15 days. Many of my grandfather’s comrades froze to death. He told me about some of them who seemed to lean against a wall or sit down, never to move again. Under the pressure of being encircled by enemy forces, they had to walk for days without sleep. One evening, convinced that he was going to die of cold, he tried to kill himself with his pistol, but his frozen hands saved him. He couldn’t get the pistol out of its holster. He told me that many people had the same idea, and that some succeeded. He was 20 years old – just a boy.

He told me many times that men are good deep down in their souls, but that the wickedness of a few can turn them into beasts. He talked about the difference between men and beasts a lot. He said that a small gesture of humanity was more powerful than any act of malice. He was saved because a Russian woman took him to her izba, got him warm and fed him. The woman said that he reminded her of her son, who was away fighting for the enemy. While she was looking after him, the woman cried because she had no news of her son. The mother of his enemy saved his life.

My grandfather was proud to have returned alive without killing anyone. He often reminded me of this fact, and I understand why.

When he returned to his town, it was gone. It had been blown up by the Germans, who had gone from allies to enemies while he had been away. He rebuilt the house. His joy at reuniting with my grandmother soon resulted in the birth of my uncle and my mother. An earthquake destroyed the house yet again, but he rebuilt it. A few years later, a frost killed all his bees and the harvest. He therefore decided to go and work down the mine. 10 years later, he was diagnosed with silicosis, a typical miners’ disease. Doctors gave him 3 years to live. But for him, having endured the Russian retreat, silicosis was like a cold. He lived for another 25 years, eventually passing away at the age of 83. He only gave in after diabetes had left him blind and taken one of his legs. My grandfather loved life; he didn’t want to die.

Despite having a hard life, he was happy. He explained this by saying that a job well done enriches, rewards and satisfies a man, leading to a happy life. Years later, in interviews, I heard the same idea being expressed by Mario Rigoni Stern and Giuseppe Prisco, two of his comrades during the Russian retreat. A job well done makes you happy. A simple recipe for how to create happiness.

During the last few years of his life, I was about the same age that he had been during the war. I was with him a lot, and he always wanted to tell me his stories of Russia. He said that he would never want me to go through those experiences in order to understand what really mattered in life. He was convinced that the stories were as powerful as the experience itself, but I think that he also wanted some company, and he knew that the war tales were a good way to keep me by his bedside.

You can be happy with a job well done, but the question of why you do the job is a more profound problem.

When I brought up the subject, he told me about the last words of those who he had seen die. Not the last words of old people, but those of his young comrades. He told me that death forces us to come to the real conclusions, ones which are not bound by borders, races or religions. These conclusions encapsulate human nature by stripping it down.

He recalled that when his comrades or his Russian enemies died, they only said one of two things:

If they were young boys, they shouted for their mothers to help them. They cried “Mamma! Mamma!” if they were Italian, and “Mama! Mama!” if they were Russian. Their last thought was for the person who had brought them into the world. People are the same, and the linguistic similarity of the word that was most important to them simply provided further proof of this.

But the thing that struck him most was the last utterance of those who had children: all he heard was the names of their little ones. Their last thought was for them. For the future. It wasn’t a cry for help like those who called for their mothers; it was a lament at not being able to take care of them any longer.

Be happy doing a job well for those who come after you; it will make you proud. Ad maiora.