Who was Ada Lovelace? The life of the woman who envisioned the modern day computer 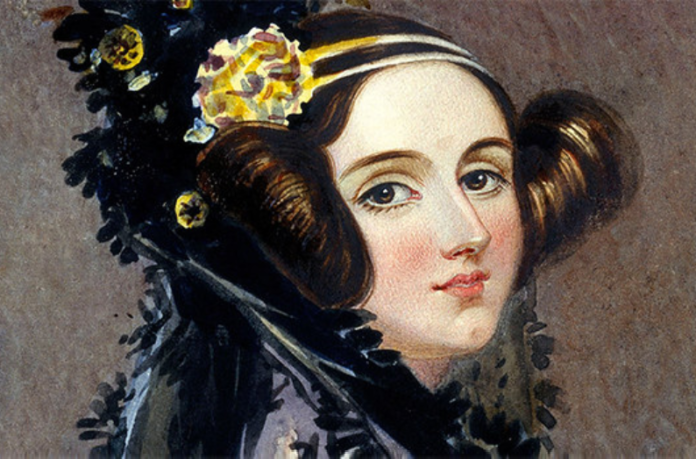 Two weeks ago we celebrated Ada Lovelace Day by honouring 50 of Europe’s most influential women in the startup and venture capital space. The day was created in 2009 by the Welsh journalist Suw Charman-Anderson in order to bring more visibility to women in tech, and over the past 10 years has brought much attention to women in the tech sector, by recognising them and by generating dialogue on how to support women in the workplace in STEM.

Interestingly, the holiday does not fall on Ada’s birthday, but on the second Tuesday of October (perhaps this was a nod to the concept of randomness, as Ada was first and foremost a mathematician).

So who exactly was Ada Lovelace?

She rose to prominence as the namesake of the Ada computer language, which was designed by the French computer scientist Jean Ichbiah at CII Honeywell Bull under a 1977 contract with the United States Department of Defense.

Ada was the daughter of George Gordon Lord Byron, the English revolutionary and Romantic poet, and Anne Isabella (Annabella) Noel Byron, neé Milbanke. Annabelle and Byron parted one month after Ada’s birth in a stormy separation. The scandal forced him out of England ‘like a stag at bay’, as reported by Annabelle’s friend Harriet Beecher Stowe. Byron never returned to England, and Ada never met her father.

Annabelle was herself a mathematician, and asked another friend, the Scottish polymath Mary Somerville, to tutor Ada as a mathematician. Annabelle felt that an education in mathematics and logic would counteract any tendencies Ada might have inherited toward Byron’s ‘insanity’ and Romantic excess.

In 1833, Babbage invited Mary to observe a prototype of his ‘Analytical Engine’, and she brought Ada and Annabelle along.

After the visit Lady Byron wrote, “We both went to see the thinking machine (for so it seems) last Monday. It raised several Nos. to the 2nd and 3rd powers, and extracted the root of a Quadratic equation.”

Beginning in 1834 Babbage published a series of revised plans for a new, improved kind of calculating machine – an Analytical Engine programmable by punch cards adapted from the Jacquard loom. Babbage’s Parliamentary sponsors refused to fund the project until 1842, when the Italian mathematician Luigi Menebrea published a memoir in French on the Analytical Engine.

Babbage enlisted Ada to translate the memoir, and during a nine-month period during 1842-43, she worked feverishly on the article.

Throughout this time Somerville and Lovelace were close friends, and when Lovelace encountered difficulties with a mathematical calculation she would walk to Somerville’s house and the two would discuss the matter over a cup of tea.

In the end Ada’s translation included a set of appended Notes, including Analytical Engine programming logic for various tasks such as calculating a sequence of Bernoulli numbers. These are the source of her enduring fame.

Ada called herself ‘an Analyst (& Metaphysician)’, and this combination was displayed in her Notes.

She surpassed Babbage’s imagination by conceiving of the Analytical Engine as a general-purpose computer. It was suited for “developping [sic] and tabulating any function whatever… the engine [is] the material expression of any indefinite function of any degree of generality and complexity.” Her Notes anticipate future developments, including computer-generated music and word processing.

Ada married the Earl of Lovelace in 1835 and had three children; Byron, Annabella, and Ralph Gordon. She died of cancer in 1852, at the age of 36, and was, at her request, buried beside the father she had never met.

In 1868, four years before her death at age 91, Mary Somerville was the first person to sign John Stuart Mill’s unsuccessful petition for female suffrage.

By the way: Would you like to see more articles like this one, and support women in the European startup ecosystem? Become the official partner/sponsor of our upcoming article series with monthly profiles of inspiring women in tech; email our CEO Thomas Ohr at [email protected]

“We can already see that 2021 will be a record year in Lithuania for attracted investments”: Interview with the Head of Startup Lithuania, Roberta...