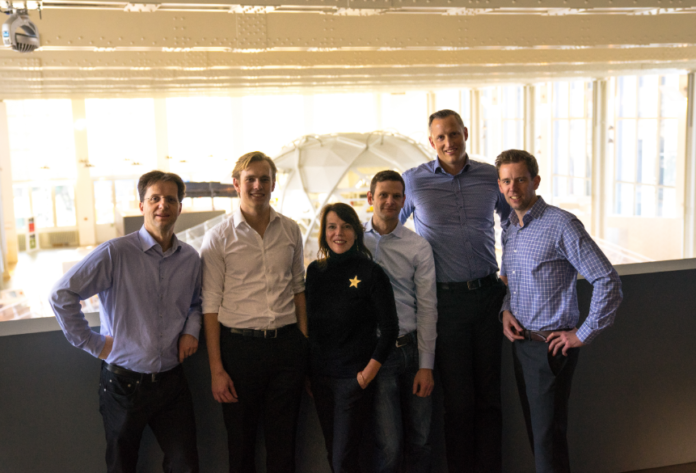 Pan-European VC fund btov Partners has announced the closing of its Industrial Technologies Fund at its target size of €100 million – making it one of the largest European early-stage VC funds dedicated to industrial deep tech investments.

Founded in 2000, btov Partners is a European venture capital firm with offices in Berlin, Munich, St. Gallen and Luxembourg, with a focus on digital and industrial technology companies.

The Fund was led by partners Robert Gallenberger, Benedikt Kronberger, Christian Reitberger and Christian Schütz. It benefits from a broad LP base comprised of entrepreneurs, family offices, endowments, corporate investors, and banking institutions, as well as public investors EIF, LfA and NRW Bank.

“We are very grateful for the trust of so many European institutions, leading industrial corporates and individuals who have come on board as LPs of the Industrial Tech Fund in the last few months,” said Dr. Christian Reitberger. “It underlines our goal to serve the whole European industrial startup community, capitalising on our strong roots in the DACH region.”

The investment team is facing a very strong deal flow from across Europe.

“We continue to pursue the areas mentioned above, but will also aim at adding portfolio companies in our other search areas, like design & development tools, electronics & photonics, advanced mobility as well as new energy technologies,” btov said in a statement.

A recent btov analysis of close to 190 individual exits (trade sales as well as IPOs) of European startups in the relevant technology fields over the last decade shows that total exit volumes have more than doubled, from around €4 billion in the first half of the period, 2010-2014, to around €10 billion in the second half, from 2015 to 2019.

“Corporate buyers from Europe and abroad recognise the increasing technological substance, market opportunities and strategic value of European Industrial Tech startups which manifests itself in increasing transaction volumes (in euro amounts) over time. Whilst we cannot precisely target M&A activity swings, the overall doubling of realized value is an encouraging signal for the future.”

Executing an early stage investment strategy, it will be critical for the team to develop even more and earlier buy-in from the European growth investor ecosystem.

“We are very happy to see large international funds slowly entering the industrial deep tech field in Europe,” said Benedikt Kronberger. “We are committed to building even stronger ties with the growth investor community to develop an ongoing and sufficiently detailed dialogue between early and late stage investors. We can build very big companies in our sector, but it requires sufficient follow-on financing and adapted KPIs as well as milestones to properly judge early achievements and traction in the context of industrial validation, certification and sales cycles. Recognizing early signs of success at the right point in time will offer massive scale up opportunities in what we consider the industrial core of our European economy.”

“There still seems to be many prejudices in the market as to the capital efficiency of industrial startups,” added Schütz. “Our companies will often take more capital before they can ramp towards double digit-million revenue numbers, if compared to B2C companies. However, overall capital efficiency can be much better, as industrial companies most of the time need to invest significantly less in brand building and achieve higher customer retention rates.”