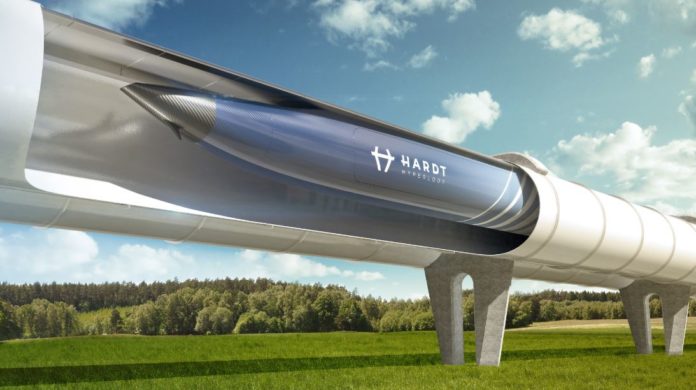 Hardt Hyperloop has developed technology that will make the transportation industry more sustainable. By travelling through low-pressure tubes where there is almost no air resistance, it is possible to achieve speeds of more than 1,000 km/h (600 mph). The vehicles levitate magnetically, hence there is no wear and operational costs are minimal. Vehicles travelling in a tube are protected from any outside forces, which means the hyperloop technology is extremely efficient and highly reliable. Compared with high speed rail, the hyperloop requires less land area and its infrastructure is easier-to-build, so it is cheaper to implement and maintain.

This investment round was backed by the renowned German fund Freigeist Capital, multiple Dutch and Belgium investors, and one of the first engineers of Uber. Several existing investors, including EIT InnoEnergy, also participated. The company has raised more than €10 million to date.

A European hyperloop network will connect all major cities in less than two hours at competitive ticket prices compared with current modes of transportation. For example, the travel time from Amsterdam to Frankfurt would be reduced to less than 50 minutes, compared with the four hours it currently takes.

The hyperloop technology market is expected to reach almost $6 billion by 2026, according to an independent study by Verified Market Research. The market is propelled by growing demand due to rapid industrialisation, growing population and reduced travel times. Hyperloop’s lower cost, in part due to reduced land area requirements and easier-to-build infrastructure, and its resistance to natural calamities also drive the market growth.

“Koolen Industries brings not only money to the table, but also a phenomenal strategic knowledge about how to build a leading company in a new industry. This partnership will pave the way for several big projects that will ensure a successful commercial implementation of our hyperloop solution,” said Tim Houter, CEO of Hardt Hyperloop. “It’s great to have such a broad and international group of investors who will help with local developments, as well as having the continued supports of our first investors.”

“Hardt Hyperloop, with its unique lane switching technology, will change the way we travel, just like Uber did for personal mobility in cities,” said Koolen, who is a former CEO of Booking.com and was an early Uber investor. “High-speed zero emission hyperloops will enable everyone to participate in the clean energy transition, without having to quit travelling. The hyperloop developed by Hardt is much more than an idea, it is already in a position to offer an affordable and sustainable alternative to the polluting aviation industry.”

“Hardt Hyperloop’s team successfully realised Europe’s first full-scale operational hyperloop-test facility, which is a big step forward for mobility,” said Gerben Hilboldt, CTO of Koolen Industries. “As a clean energy conglomerate, we are proud to be a part of this future.”

With this latest investment, the company is getting ready for the next step: to realise the European Hyperloop Center, a three kilometer hyperloop test facility to prove hyperloop technologies at high speeds.

“In this facility we will prove hyperloop technologies at speeds of more than 700 km/h (435 mph),” said Sascha Lamme, CTO, Hardt Hyperloop.

“We will also be able to expand our team with more talented people, acquiring investors in future investment rounds, and partnering up with additional companies who will get to join our existing partners such as EIT InnoEnergy, the Dutch and German National Railways, Tata Steel, Royal IHC and Royal BAM Group. Together we are making this world-changing type of mobility a reality,” said Lamme.