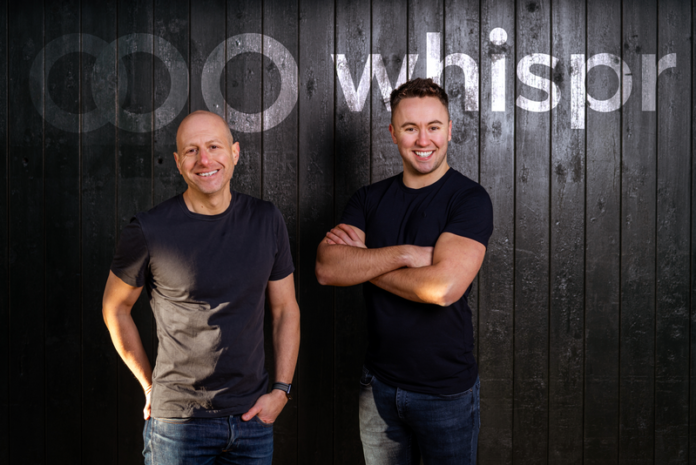 Copenhagen-based Whispr is an AI-based voice guidance startup that helps frontline workers to do their jobs more effectively.

Founded in 2018, Whispr’s voice guidance app enables workers to be eyes up and hands free, so they can do their jobs more efficiently and consistently. Based on Natural Language Processing (NLP) and AI, the app literally whispers instructions and on-demand advice into workers’ ears, ensuring that workers have clear instructions in fields from aircraft inspections, hotel room housekeeping to office cleaning. Users can also interact verbally with the app to ask questions or seek additional information as and when needed.

After raising a €668k pre-seed financing round led by Seedcamp back in March, the startup has secured three major commercial contracts with Radisson Blu, part of the Radisson Hotel Group; lifeX the co-living business with a portfolio of over 50 apartments in six European cities; and Duuo, a Danish facilities services company whose client base includes Chanel, Topshop, Sephora and Joe and The Juice.

The startup is now preparing a second fundraise earmarked for the New Year. Since closing its pre-seed round, Whispr has seen exceptional demand for its technology aimed at the facilities, hospitality and aviation industries, and announced today that it is one of 13 startups to be selected by International Airlines Group (IAG) to join its leading global accelerator, Hangar 51.

“We are thrilled to join this year’s Hangar 51 accelerator,” said Hugh O’Flanagan, co-founder and CEO, Whispr. “The recognition from IAG, one of the world’s largest airline groups, is further validation of what we have built at Whispr and will add rocket fuel to our platform. With airlines increasingly looking at ways to streamline operations and embracing ways to digitise their processes, this is an incredible opportunity for our young business.”

For the next 10 weeks, Whispr will be embedded in the heart of IAG working alongside mentors and experts from across the Group. The programme is designed to help startups develop their businesses, test them in live environments on a global scale in the context of aviation, and offers an opportunity to receive investment from IAG’s multimillion-pound digital fund.

Based in Madrid for the duration of the accelerator programme, Whispr will partner with Iberia, the Spanish airline flying to 136 destinations with a fleet of 145 aircraft, on two separate pilot projects. In addition to transportation, Iberia offers aircraft maintenance and airport handling services. Whispr will provide its voice guidance technology to Iberia Airport Services helping to increase the speed and efficiency of its aircraft turnarounds – the process of turning the plane around, from when it lands to when it takes off again.