Editor’s note: This is the third installment of a series focusing on social impact startups. Stay tuned for more.

According to the World Health Organization, autism spectrum disorder (ASD) affects 1 in 160 children worldwide, though some studies suggest that the prevalence of ASD is substantially higher – and appears to be on the increase globally.

The ‘disorder’ (people on the autism spectrum can be highly talented; Greta Thunberg refers to it as her ‘superpower’) begins in childhood, and tends to persist into adolescence and adulthood. There are many theories on the causes of ASD and scientific evidence links various factors, for instance exposure to toxins during pregnancy.

ASD is usually characterised by some degree of impaired social skills, communication and language. It is also associated with a narrow range of interests and activities that are unique to the individual, and often carried out repetitively.

Auticon’s vision is to provide equal employment opportunities for autistic people by directly employing those the autism spectrum, typically as information and communication technology (ICT) consultants.

Müller-Remus got the idea for Auticon after attending a workshop entitled ‘Autism and Work’ in 2007, where 20 autistic people between the ages of 25 and 50 gave presentations about their professional careers (or lack thereof). He saw how despite having received a good education they were all unemployed, and this was the impetus for his founding of Auticon. The social enterprise went on to receive a €500k investment from the Munich-based Ananda Social Venture Fund.

“Part of our mission is to ‘shift perceptions on autism by delivering excellence’,” said Ray Coyle, CEO of Auticon UK.

“We hope that a key part of our impact is that our clients are more likely to hire neuro-diverse talent in the future when they see the benefits of working with an auticon consultant, and this is demonstrated by client feedback. Our consultants work at client premises or sometimes remotely, if the client team works remotely or if the geography requires it. On a practical level, each consultant is assigned a job coach, and one of the key roles of a job coach is to deliver training to the client on autism and how to structure a working environment to allow that particular consultant to perform at their best.”

Autistic individuals as IT consultants

Auticon’s business model is based on the traditional IT consultancy model: highly talented IT experts are employed by Auticon on a permanent basis, and each individual’s skill set is then matched to a specific client project. Employees are supported in their daily work by specially trained job coaches and project managers. They also become members of client teams and interact with colleagues and team leads on the job.

To ensure that Auticon’s IT consultants are on the autism spectrum, applicants are asked to submit a certificate of their autism diagnosis, along with standard application requirements like a resume and cover letter.

The application then proceeds in three steps: an informal chat, skills assessment and preparation workshop. The entire process from informal chat all the way to on-boarding can take up to two months and includes self-assessment of consultants’ IT knowledge, competence analysis and a thorough preparation workshop. Auticon’s business model and the employment practices to carry it out are designed to impact not just their clients but more importantly, the consultants themselves. They’re able to work in an environment where they can excel.

James Neely, a data analyst with ASD, found comfort in his new role at Auticon. Neely had struggled and suffered from a breakdown at his previous job, where he worked in an open office surrounded by too much noise and too many distractions.

“We have back-office support from line managers and job coaches,” said Neely. “This takes off some of the pressure if a difficult situation arises. The job coaches encourage consultants to take regular time off, which helps to avoid the build-up of anxiety or sensory overload. They also assist with prioritising tasks and ensure the workplace environment is comfortable.”

Another Auticon consultant with ASD, Martin Neumann, who was featured in The Financial Times, is a programmer who used to own a civil engineering planning company. However when his business partner became ill, Neumann found he couldn’t handle the pressures of running the company alone, including taking care of the non-technical aspects. So he went to work for Auticon Germany.

“Auticon enables me to work the way I want to work: I can fully focus on the quality of my work and don’t have to worry about those factors that may stop me from doing an excellent job,” said Neumann. “The best thing about working for Auticon is that I can do what I’m good at.”

All of these service offerings require attention to detail, systematic way of working, logical analysis, pattern recognition, error detection and sustainable concentration for routine activities, in addition to requisite technical skills, all of which are found to be predisposed in autistic individuals.

Top tier companies and many small and medium-sized enterprises already rely on Auticon for IT projects. Among Auticon’s clients are German Stock Index (DAX), including blue chip clients, Siemens, Infineon, Allianz, KPMG, Direct Line Group and many others.

KPMG’s Head of Audit Technology and Innovation, Nick Frost recognised the value of Auticon employees, saying, “By allowing Auticon’s consultants to focus on their strengths they have produced great results and become key members of our team.”

Today, Auticon operates in 15 offices across the UK, Germany, France, Switzerland, Italy, the USA and Canada. It employs over 270 people worldwide, and about 190 of them are autistic individuals working as consultants. By 2018, Auticon was involved in over 270 projects and generates more than a 50% increase in revenue per year. This year in July, Auticon joined forces with Meticulon in Calgary, Canada’s first technology company focused on employing people with autism.

Among its many recognitions, Auticon’s US President Rebecca Beam was awarded Milestones’ prestigious Visionary Employer Award in 2019 from the Milestones Autism Resources. And in the UK, Auticon received Social Enterprise UK – ‘One to Watch’ Award in 2017.

In the same report, Gourab Mukherjee, Direct Line Group’s Head of Pricing, Development, Commercial, Lines, Pricing and Underwriting said, “There is a massive amount of untapped talent and skills readily available within the autistic community”.

Auticon’s model for employing those on the autism spectrum has since been internationally recognised. Auticon’s model of employing autistic individuals as ICT consultants was even presented at the G8 Social Impact Investment Forum, held in London on 6 June 2013, in front of 150 leaders in social impact investment. This very same business model have been cited as a way for firms to attract neuro-diverse talents. Neurodiversity is a neologism popularised in the late 1990s by Australian sociologist Judy Singer and American journalist Harvey Blume to refer to variation in the human brain regarding sociability, learning, attention, mood and other mental functions in a non-pathological sense.

“Over the next five years, our aim is to continue to impact employment opportunities for skilled autistic adults, acting as a catalyst for neuro-diverse teams across the workforce,” said Coyle. 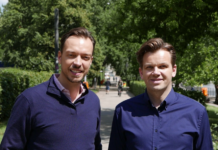 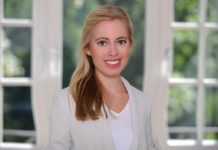 Founders should complement each other: Interview with Dr. Aline Vedder from Ananda Impact Ventu... 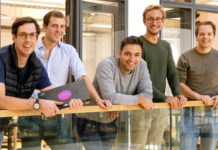 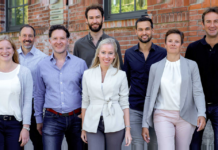 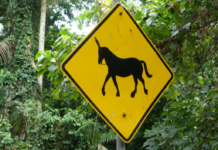 Growing up to be an imaginary animal. The startup problem!