Amsterdam-based chocolatier Original Beans takes on Ebola in the Congo 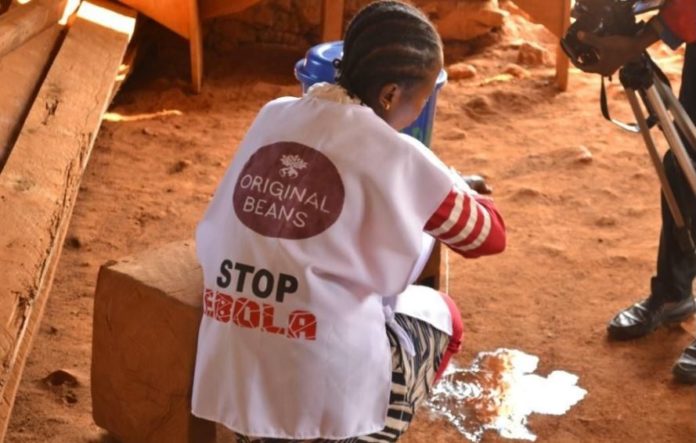 Amsterdam-based chocolatier Original Beans is working to make chocolate ethical through its fair labour practices and relationships with farmers, by tackling climate change through protecting forests, and now, helping to prevent the spread of Ebola in villages in the Congo.

Since March 2019, Original Beans has been funding a team of agronomists in Virunga, Eastern Congo, to work among cacao growing villagers. The initiative focuses on overcoming local resistance to anti-Ebola measures and educating over 4,500 people, mostly women.

Zero cases of Ebola infection have been reported in the Original Beans villages to date. Fifty handwashing kits have been placed in 10 villages, which have been distributed amongst women’s groups, schools, churches and clinics. Further – 100 to 200 at the cost of €35 each – are urgently needed, the company says.

The team faces immense challenges of access and security in this extremely remote region, where there has been ongoing militia warfare and the world’s second largest outbreak of Ebola. The team of Congolese agronomists are risking their health and safety to improve growers’ lives and protect the ancient, amazing forests of the Congo.

But courage is required continuously around Virunga, where multiple militias hide in the forest, and have killed no less than 2,000 people during the past three years.

On 1 August 2018, the Ministry of Health of the Democratic Republic of the Congo declared an outbreak of Ebola virus disease in Virunga region, and one hundred inhabitants and four medical staff members have already died from this terrible disease.

Under the coordination of the World Health Organisation, international aid organisations are working to defend larger settlements and cities. However in Virunga, the lack of medical staff, medication, and protective gear prohibits any kind of prevention – let alone dealing with Ebola patients.

Many villagers are making sense of the disease in traditional ways, explaining it as a result of witchcraft – and so they don’t expect that gatherings during market days can be potentially deadly.

Original Beans also supports IDAD, the Initiative for Sustainable Agroforestry. Founded in 2011, in 2015 IDAD helped establish the world’s first women-led cacao cooperative, which counts 350 female members and impacts the lives of 2,500 family members. The women have set up tree nurseries under Original Beans’ One Bar: One Tree programme, and IDAD has trained and equipped them for beekeeping, textile making, and other micro-economic activities that offer incomes to make the women independent and self-determined.