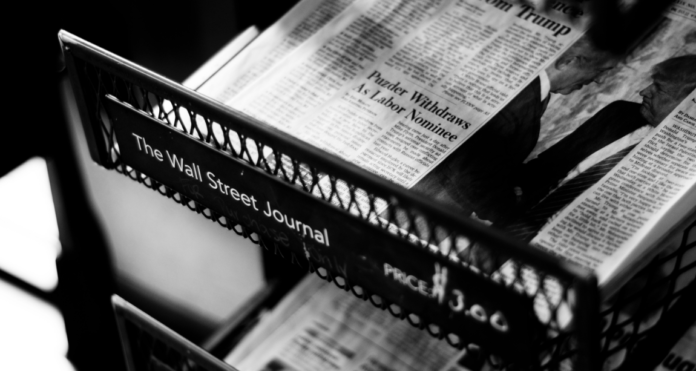 UK-based data visualisation company Zegami has released an analysis of US President Donald Trump’s surge in tweeting behaviour in the midst of a deepening political crisis.

Key findings suggest that many of his Tweets are spontaneous, with little input from his advisors. Of some 1,800 tweets he posted between the end of May and August this year, 98% were from his iPhone, and 14.6% were issued between the hours of 1am and 5am. 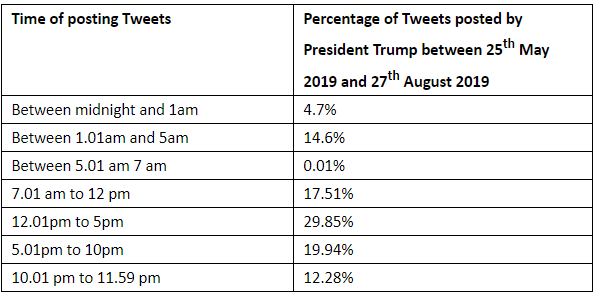 Between 25 May 2019 and 28 August 2019, Donald Trump tweeted 105 times about China and the current trade war with them. He also posted 26 tweets about the Federal Reserve as he exerts pressure on them to cut interest rates, and there were also six personal tweets about Jay Powell and his performance as Federal Reserve Chair. In one post at the end of August, he posted ‘my only question is who is our bigger enemy, Jay Powell or Chairman Xi?’

Despite not being the radar recently, President Trump also managed to issue 32 tweets where he mentioned Hilary Clinton, and 26 tweets mentioning Barack Obama.

President Trump’s top mentions of all time are:

Additional findings of interest include:

“Donald Trump is clearly a prolific force on Twitter, and as he has faced up to growing challenges in recent weeks, he has dramatically increased his use of this social media channel,” said Samuel Conway, CEO and co-founder of Zegami.

“Analysing his Twitter data and spotting trends and patterns visually gives us an insightful view into how he thinks and what motivates him.”

Mary Loritz
Mary served as Head of Content at EU-Startups.com from November 2018 until November 2019. She is an experienced journalist and researcher covering tech and business topics.
RELATED ARTICLES
Germany-Startups