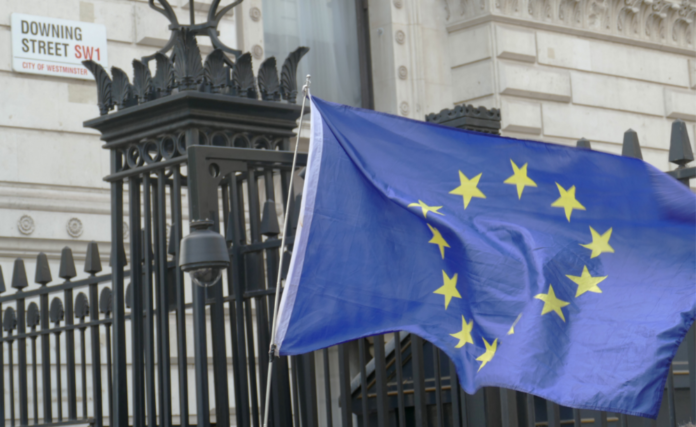 Brexit masks a hidden agenda to weaken the EU, including its tech sector. Here’s why Europe needs to unite to protect its unique vision of the future.

European tech is in trouble. The efforts of Margrethe Vestager to fine American tech giants in Europe haven’t been well received by the US government, and neither have attempts at regulating the internet or protecting privacy, as in GDPR, nor Europe’s call for ethical AI.

The Brexit vote has turned much European sentiment against the UK – but this is not where blame is due. Most British citizens want a second referendum – only 32% don’t – despite Prime Minister Boris Johnson’s schemes to push it through, his most recent ploy to suspend parliament having been struck down today by the supreme court.

The solution is for Europeans to unite, stay together and stand with the UK against Boris Johnson and US efforts to push through a thoroughly manipulated piece of policy crafted by billionaires.

As I’ve mentioned previously, Brexit would spell deep problems for the UK tech sector. Perhaps this would be a good thing for the US and Silicon Valley, who would benefit from weakened competition – particularly the banking sector, which perceives the threat of challenger banks – but not for European tech.

As most Europeans have noted, Trump doesn’t like the EU much in general – its regulations, its public services, its advocacy for climate change policy or its criticism of US foreign policy.

For the actors that orchestrated Brexit, a breakup of the EU would be a profit opportunity – it represents a protected market to be weakened, broken up and privatised, starting with the NHS and a free trade agreement between the US and the UK. One gets the sense that they’re not too much a fan of European startups, either – and especially not scaling in the States. So much for a ‘free market’.

In the US, this is how politics works – you buy elections, you cut budgets and you privatise. We’ve all seen it before; it’s a tale as old as money.

Enter Cambridge Analytica, which used Facebook data in 2016 to manipulate the Brexit vote with an uninformed populace headed to the polls, stoked by nationalism and immigration panic.

Behind the scenes was Steve Bannon – formerly a Goldman Sachs banker, head of the ultra-right media outlet Breitbart News, and Chief White House Strategist to Donald Trump – who served on the board of Cambridge Analytica. Coincidentally, Breitbart and Cambridge Analytica were both owned by Robert Mercer – one of the ten most influential billionaires in politics according to The Washington Post – who has donated around $34.9 million to Republican political campaigns in the US since 2006. The billionaire became rich with Renaissance Technologies, a hedge fund specialising in the creation of algorithms which he successfully used in financial markets – and brought that knowledge to politics.

After the Brexit referendum passed, Bannon went on to form ‘the Movement’, an initiative to create ‘strategic support’ (yes, this is typically a euphemism for funding) for far-right parties across Europe.

His most successful work on the continent so far has been in Spain, which previously had no strong, anti-European, ultra-nationalist party. Founded in 2013, the far-right Vox – which opposes the EU, immigration, and Catalan independence – received just .2% of the vote in 2016. Following the involvement of Bannon’s ‘Movement’, that number rose to 10% of the total votes in the 2019 general election.

The push to the right spurred by Vox’s mass propaganda prevented Spain’s left and centre-left parties (Podemos and PSOE) from gaining a clear majority, and the two parties were unable to form a government. New elections must be held, a budget cannot be formed and the autonomous communities are cash-strapped. Blame is cast on all sides – the Catalan independence movement, Podemos, the PSOE, Andalusia… as the Professor says in the famous Spanish Netflix series La Casa de Papel, ‘dividir y conquistar’ – divide and conquer.

There hasn’t been too much about Steve Bannon in the news lately, but this July we see him advocating for a no-deal Brexit on the BBC – a move that would be disastrous not just for the UK, but for all of Europe.

This article was updated 3/10/19: Steve Bannon no longer serves on the board of Cambridge Analytica; the organisation is defunct as of 1/5/18.