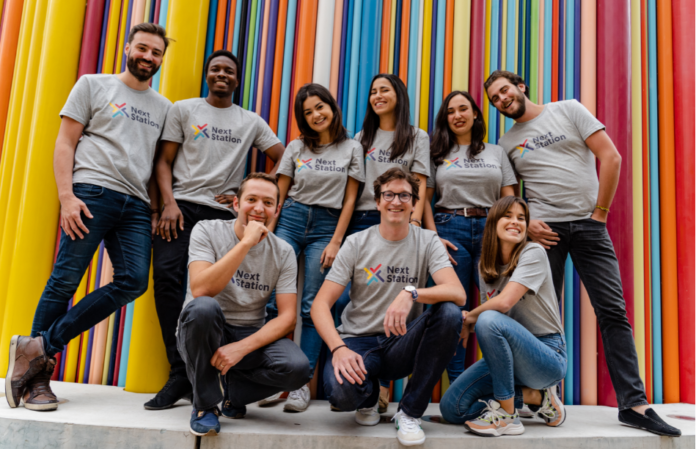 Finding a job or employee internationally is notoriously difficult. Paris-based Next Station is seeking to take the hassle out of international job searches with its new recruiting platform, which has just secured a €1 million round.

The investment came from a group of European investors including Cabiedes & Partners and business angel Denis Fayolle, and will help Next Station deliver on its vision of connecting talent with career opportunities beyond geographic boundaries.

The European recruiting market was worth €190 billion in 2018, and Next Station aims to become a leading force in recruiting international talent.

“Hiring international talent has always been a pain for all my companies,” said investor Denis Foyalle. “Identifying and managing a host of relevant job boards and recruiters places immense pressure on the HR team who need to learn overnight how to operate at a global scale. Next Station removes this pressure by creating a single platform that powers HR teams to be more effective when recruiting talent from abroad.”

The platform is already operational in Spain, France and Germany, reducing the time and costs spent while searching for international talent. In less than 48 hours after posting an opening, companies can receive a selection of candidates with the necessary skills for their position. Next Station receives over 2,000 applicants per month from more than 110 nationalities who speak more than 35 languages.

The idea for Next Station came about in 2018 when Montero, who had spent the last four years in the US, struggled to find a job back in Europe.

“Working abroad is a life-changing experience. However, finding a job in another country is an obstacle course,” she said. “You face geographic, linguistic, and cultural barriers… You don’t know the companies, and your network does not help. You feel lost.”

Talent is still disconnected from job opportunities abroad. The recruitment market continues to operate mainly on a local scale. As a result, the number of vacancies in the EU has doubled during the last decade. On average, international recruiting processes last three times longer than local ones, and only one in five workers succeed in finding a job abroad. These facts prove that there is a need to facilitate successful, international recruitment, no matter the distance between the employer and prospective employees.

“When we started to study the problem, we noticed a clear market inefficiency that caused this disconnection,” said Aixala. “Working abroad is a popular career move. As reported by BCG in Decoding Global Talent 2018, 60% of workers are willing to move abroad for work. In fact, according to EUROSTAT data, intra-European labour mobility has doubled in the last decade. Today 12.4 million Europeans are working outside of their country of origin.”

Share
Facebook
Twitter
WhatsApp
Linkedin
Previous article
Munich-based Holidu raises €40 million in Series C funding for its holiday rental platform
Next article
IT and telecoms workers in the UK are experiencing heightened levels of anxiety, indecision, due to Brexit uncertainty