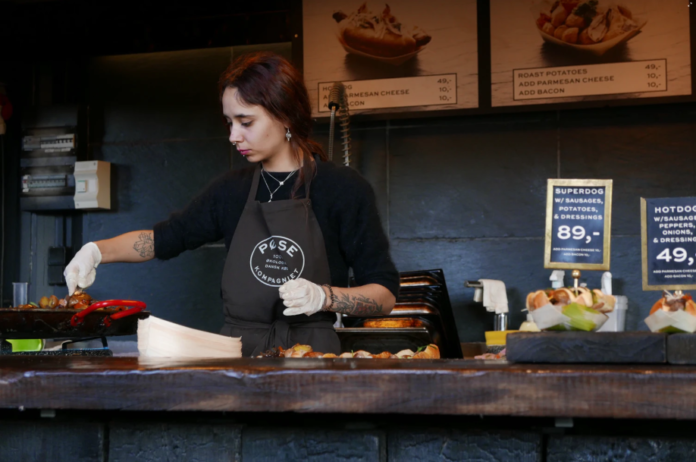 London-based labour platform HireHand is using technology to enhance – instead of eliminate – human work. The intelligent staffing platform has announced that in the four years since its launch, it has helped over 2,000 Hired Hands take home over £3 million in pay, and has now launched a £1 million campaign on Seedrs.

HireHand helps fill front and back of house shifts on a regular or last-minute basis, from wait staff to cuisine chefs.

This extra income is needed, as 35% of the platform’s users are from disadvantaged backgrounds, over half could be categorised as ‘underemployed’; with many living in households where income is below the poverty threshold.

HireHand began in 2015 as a social enterprise to help long-term unemployed individuals back into work via partner relationships with charities like Thames Reach and Prince’s Trust. It works with  the food and retail sector, counting some of the most iconic brands in London among its clients, including Ottolenghi, Rosa’s Thai and Bao London.

HireHand’s aim is to put people back in control by giving them the additional income they need in a way that works for them. People are matched with business owners who need more help at busy times. The proprietary matching platform was designed by a McKinsey labour optimisation expert, built by ex-Swiftkey Engineers, and backed by Mustard Seed, a top shelf venture fund.

“We back companies that are able to combine solving the biggest global social issues with the utmost commercial rigour,” said Orson Stadler, investment director at Mustard Seed. “HireHand exemplifies this by being a leader in defining how the human workforce can thrive in an age of automation and doing so with blue-chip expertise and technical skill.”

The Mustard Seed-backed company also announces a £1 million funding round on leading investment platform Seedrs. Funds raised will be used to expand its offering to the construction sector and take its food retail offering to NYC. Additionally, as automation starts to sweep through other white collar industries such as pathology and nursing, HireHand will look to implement its staffing solution in these areas.

“Labour platforms should put people first,” said HireHand founder and CEO Scott Erwin. “It sounds obvious but is clearly not to most tech unicorns and their bankers who are increasingly placing their bets on robots – to the detriment of humans. I can assure you this is wrong, not least because in my previous life as a management consultant we repeatedly tried to replace humans with robots and failed. HireHand’s radical approach is to use technology to enhance not eliminate human work with a particular focus on securing needed extra income for the underemployed in a way that suits them.”