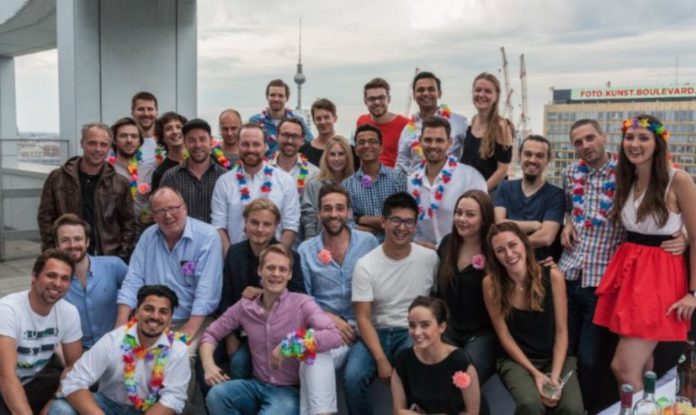 Berlin-based InstaFreight offers businesses an end-to-end digital transport solution: from quoting, booking, track & trace with automatic notifications, and document management. We featured InstaFreight as one of the top German startups to look out for in 2018.

Now, InstaFreight’s Polish office in Legnica is beginning to offer its own services independently in the local market, ensuring that the digital freight forwarders can be contacted 24 hours a day. In addition to its operations in Germany and Poland, the startup plans to enter Italy, Spain, and the Benelux region in the near future.

InstaFreight decided to locate in Lower Silesia due to its excellent geographical location for the transport business. Legnica is close to the German-Polish and Czech-Polish borders and connected to Germany via major motorways, and so Western Poland has become a hot spot for other players from the automotive industry and the e-commerce business as well.

“We are still closer to Berlin than we are to Warsaw, but besides working hand-in-hand with our head office, we naturally have the needs of our Central and Eastern European customers in mind,” said Krzysztof Dwornik, general manager of InstaFreight Poland. “With this approach, we have already supported several thousand loads and have been able to onboard more than 1,000 new carriers to the platform with their cargo space for planning our transports.”

The Berlin startup opened its branch in Legnica this spring, but initially only supported German projects.

“In our view, Poland is an ideal starting point for the first foreign office in our young history because of its great importance in the European logistics market,” said Maximilian Schaefer, co-founder and managing director of InstaFreight. “Growth in this business would be inconceivable without Poland and its important bridging function in Europe.”

Just a few weeks ago the German Eastern Business Association announced that German-Polish trade had grown by 5% in the first half of 2019.

It’s also notable that Poland has overtaken the UK in the list of Germany’s most important foreign trade partners.

“In Poland and the Central and Eastern European countries served from there, we expect strong demand for our digital services. By the end of the year we are planning to triple our current personnel capacity in Legnica,” said Krzysztof Dwornik.