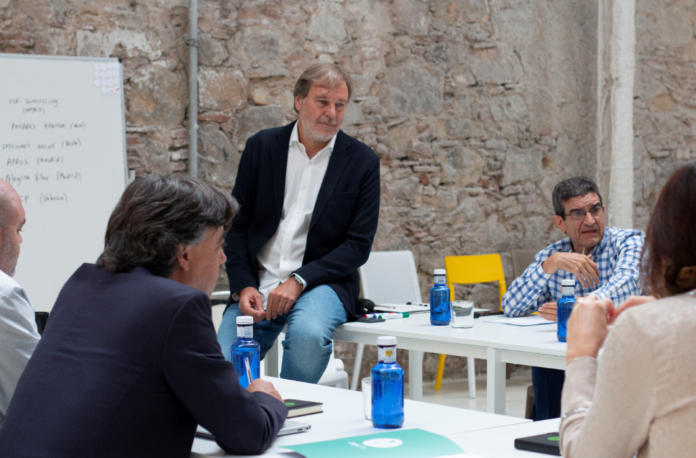 The Barcelona-based SaaS startup Quipu, born within the Itnig incubator 5 years ago, was built to digitalize SMEs and their financial management process. Today, Quipu announced the successful closing of a €2 million funding round and a new CEO!

Dan Kragt, previously the number two of TMF, a leading professional services firm headquartered in London, joins Quipu. Dan sold his business to TMF and helped it grow for almost 20 years from the start when leading the Spanish operations, continuing leading Europe and Latam and finishing leading the worldwide operations with over 8.000 employees.

Quipu, the financial management software, has become a reference automating administrative processes for startups and SMEs. Its strategy is to digitalize all the administrative processes, eliminating all the paperwork, doing automatic accounting of every ticket and invoice, synchronizing and matching invoices with no effort from all bank accounts, and acting as a management tool allowing communication with accountants. The last time we mentioned Quipu was in our article about 10 tools to improve the productivity of your startup team.

Thanks to Quipu’s centralization and automation of the processes, everyone can see the state of their business in real-time for the first time and can take decisions before it is too late. This value proposition convinced Dan Kragt together with a group of international investors to join the project to boost its growth in Spain and soon in the rest of the world.

Dan stated: “Bearing in mind the changes that the public administration, the banking system, the backoffice technologies, and payment methods are suffering, there is no other way than getting digital! The best formula is to do so without large investments and without giving up on traditional bookkeeping software”.

In the next few years, Dan plans to expand Quipu from a Spanish success story to other countries, following the steps he took at TMG. The business management market is one of the largest in the world and continues being highly inefficient.