Zurich-based fintech startup Numbrs has raised an additional €36 million, bringing the total raised by the startup to over €200 million and its valuation to over €1 billion, making it Europe’s newest unicorn. The funding comes primarily from private investors, and will be used for expansion in Europe, notably the UK.

“Venture capital and private equity funds tend to have less patience,” said Numbrs founder Martin Saidler. “They get nervous when it takes longer for a startup to earn money.”

Currently around 50 families and private investors are involved in Numbrs, including Josef Ackermann, former head of Credit Suisse and Deutsche Bank, Marius Nacht, co-founder of the Israeli firm Checkpoint, and the Sovereign Wealth Fund of Dubai.

“We started our story in 2014 and since then, we have been enabling our users to manage all their bank accounts under a single application, and apply for financial products such as bank accounts, credit cards, loans and insurances directly within the app,” said Saidler in an interview with Bloomberg.

“To do so we have secured partnerships with some of the biggest banks and insurance providers such as Barclaycard, Postbank, Santander, Bank of Scotland, Allianz, and AXA.”

More and more people are turning to Numbrs to manage their finances, and the app now boasts over two million downloads and more than €10 billion in managed assets. 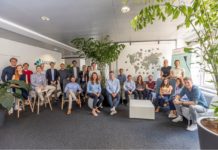 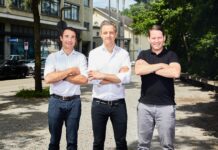