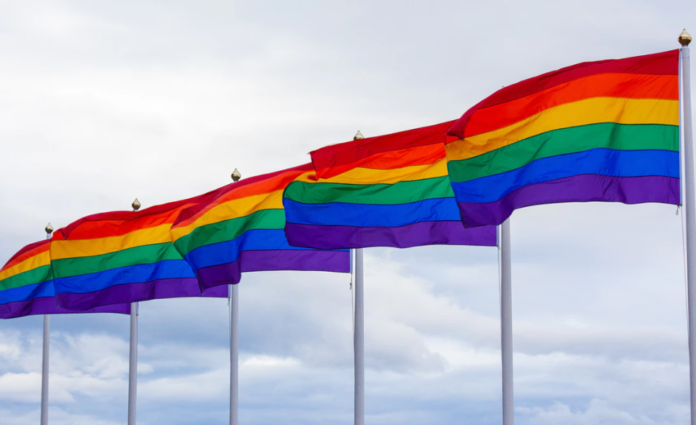 “Pink economy/pink capitalism/rainbow capitalism” – however it may be called – refers to the targeted inclusion of the gay community’s purchasing power into the mainstream economy. Since the 80s, sectors like tourism, retail, and food have been actively courting this demographic, creating campaigns designed to attract and encourage not just buy-in but more importantly, ensure customer loyalty and customer happiness.

Today, yearly pride celebrations, festivals, and political marches in cities across the world generate millions for local economies and serve as a reminder that the gay community is strong – and ready to spend. This community is estimated to be 5 to 10% of the world population with an aggregated spending power of over $3 trillion per annum – a substantial potential asset to the world economy. The digital and tech communities are surely jumping into the “pink bandwagon” with the US leading the way and EU not far behind.

Below you’ll find some promising European startups that are currently serving the gay community:

misterb&b – Dubbed as the “Airbnb for gay people”, this French startup started out in 2013 as a renting platform for gay people. With its recent injection of $8.5 million from Project A and Ventech, misterb&b plans to become an inclusive platform for the LGBTQ community. Misterb&b aims to address the intricacies and nuances of renting an apartment as an LGBTQ person. The startup came about when founder Matthieu Jost had a bad experience with a host when he was travelling with his partner – and such experiences can be even worse if one is going to a country where homosexuality is still illegal. On misterb&b, everybody is on the same page and in full disclosure. Travellers can even ask hosts for tips on places to hang out and things to do in a foreign city. Misterb&b now works with 100,000 hosts in 135 countries. The look and feel of the website are similar to Airbnb, so navigation is easy and familiar.

Chappy – A portmanteau of the words “choice” and “happy”, Chappy was founded in 2016 in the UK by Ollie Locke – of Made in Chelsea fame – and Jack Rogers. The app’s main distinctive feature is the ‘Chappy scale’ which allows users to slide between ‘Mr Right’ to ‘Mr Right Now’ depending on whether they are looking for a relationship or something more casual. The app is backed by Whitney Wolfe, the co-founder of Tinder and CEO of Bumble – the dating app where women have to initiate the conversation. The app verifies people’s accounts through Facebook and users cannot display photos unless their faces are in it which is the app’s way of making it safe for users.

Wimbify – Created in 2016, Wimbify is a social travel platform dedicated to the LGBTQ community, which allows one to find a “Local Hero” to experience destinations like a real local. It uses GPS to connect travellers to locals who will show them their cities. Founders Alessio Virgili and Andrea Cosimi explain that it isn’t a gay dating app, but rather a way to engage with the local community. Through the app, travellers can also find travel companions. Another feature is finding “BnB heroes” to help hosts welcome guests and clean and manage their apartments. Wimbify aims to become a safe and trusted community of LGBTQ travellers, where users can share accommodations, share car rides and expenses & find travel mates and local guides to explore the gay life together.

Babaiola is another Italian startup serving the LGBTQ community. Founded in 2015 in Sassari, Sardinia, Babaiola is a travel community for LGBT people where the users are able to plan their next gay friendly holidays and interact with other LGBTQ travellers within Europe. Users are able to find gay friendly hotels, flights, a gay city guide, and events for LGBTQ community.  Users can also interact with several LGBTQ travellers via real time chat and exchange advice and/or find travel buddies. Babaiola’s algorithm monitors and collects information every day from over 200 websites dedicated to LGBTQ people. It aims to know in real time all the trends and events dedicated to the LGBTQ community, aggregating all LGBTQ relevant information in a single platform. The amount of data collected allows Babaiola to create a city profile that is a close match to the wishes of the user.

Gay Homestays – Owned by Pink Bookings Ltd., Gay Homestays was established in the UK in 2010 to provide safe and welcoming travel accommodation to the LGBTQ community (Lesbian, Gay, Bisexual, Transgender and Queer). Gay Homestays is gay-owned and operated and offers an online community marketplace for people to list, browse, discover and book gay accommodation around the world. Most of its hosts are gay or lesbian and offer anything from a couch, a private guest room, a short-let apartment or entire holiday home. Hosts offer a wide variety of facilities and services – from inexpensive no-frill rooms to lavish, boutique, hotel-style accommodation. Most Gay Homestays properties are located close to city centres, in and around gay scenes and close to areas of interest. Gay Homestays’ focus is on the LGBTQ community, but it also welcomes all guests regardless of sexual orientation. It offers accommodation in Barcelona, Paris, Lisbon, San Francisco, Sydney, Rio, and many other gay travel destinations for the LGBTQ community.

Proudr, from Uhlala Group, one of Germany’s leading LGBT+ companies, is an LGBT+ business app. Proudr aims to build a business networking community for gay, lesbian, bisexual, transsexual and queer people. The app is free of charge and offers features for users to present themselves and their professional/career profile in the best possible way and network with others through the app. Users stay up to date with the newsfeed, search interesting contacts and build a unique network. The app allows for direct connection to all members, facilitating networking and forming direct relationships. Users can save important contacts and friends as favorites. Users can also upload resumés and receive job offers from LGBT+ friendly employers.

Series Q is not exactly a startup but a non-profit that serves as a network for LGBTQ people at startups. Founded in 2016 and based in London, Series Q is a group of LGBTQ+ founders, investors, wannabe founders, freelancers – those who work at high-growth startups, and anyone who is interested in entrepreneurship. Series Q enables startups – most of which are too small to sustain internal LGBTQ groups – to provide a forum for their LGBTQ people to connect. It plays the role that an employee network would play in a larger organization by hosting events in London every two months and giving a voice to LGBTQ workplace issues in the startup community. Series Q intends to empower LGBTQ entrepreneurs and their colleagues, wherever they sit within the startup ecosystem. It represents all industries all over London, and also welcomes everyone from outside of the UK with similar background and interests.

Share
Facebook
Twitter
WhatsApp
Linkedin
Previous article5 current technology & startup trends that everyone should be aware of
Next articleEuropean P2P lending platform Robo.cash has already funded €100 million worth of loans

misterb&b raises $8.5 million to further grow its Airbnb-like platform for the gay community