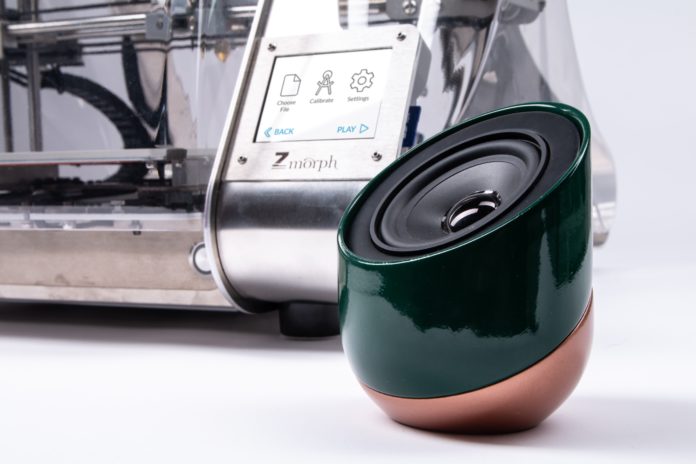 Nowadays, there are many real-world applications of 3D printing – from medical tools such as prosthetic limbs to building a 90-square-metre house or even making food. 3D printing can also be used in art and jewelry, where 3D scanning technologies allow for the replication of real objects without the use of moulding techniques. In the automotive industry, its application has led to the production of a supercar that utilizes many 3D printed components.

But what is 3D printing, anyway? 3D printing was first conceptualized by David E. H. Jones in 1974, when his idea was “printed” in the New Scientist. The technology was first realized in the 1980s when Chuck Hull designed and printed a small cup. Also known as additive manufacturing, 3D-printed objects are created from a digital file and a printer that lays down successive layers of material until the object is complete.

The industry has attracted both criticism and hype over the past decade, but has yet to disrupt manufacturing, though it is now being used even in some mass production scenarios, notably by Volkswagen. However if further developed, the sector still has the potential to localize manufacturing and reduce waste.

Today, startups are leveraging 3D printing to bring more innovative solutions to the market. Here are 10 startups that are still betting on 3D printing to change the world:

Mecuris – This Munich-based startup is digitizing prosthetics and orthotics (artificial supports for the limbs or spine) using 3D printing. The company moves orthopaedic care into the digital world by bringing together 3D technologies into one intuitive solution platform. Physicians and orthopaedic technicians are empowered to 3D-print patient-specific prostheses and orthoses without prior 3D design or 3D printing experience. The company’s platform uses patient images (CT, MRI, or 3D scans) to semi-automatically individualize 3D designs of patient aids and make them ready-to-print at a local 3D printing hub, enabling a 100% customized fit, and cutting production times by 75% for the medical practitioners and patients. Founded in 2016, Mecuris raised €3.6 million in Series A funding in January 2019.

RepRap – We would be remiss if we didn’t feature RepRap, which pioneered the production of low-cost 3D printers capable of printing plastic objects. Its printer is self-replicating, so if you’ve got a RepRap you can not only print lots of useful stuff, you can even print another RepRap for a friend. The printer is open source, and the most widely used printer amongst members of the Maker culture. The startup raised funding in 2017, and recently released a new Liquid Additive Manufacturing (LAM) printer. According to the startup, a family using one RepRap to print only 20 domestic products per year can expect to save between $300 and $2,000.

Invent Medical – Headquartered in Ostrava, Czechia, Invent Medical is a startup focused on the invention, development, and design of a new generation of custom-made orthotics and prostheses, so that patients can enjoy better therapeutic results. The startup’s philosophy is that as everyone is unique and their needs and preferences are different, and that they therefore allow interactive configurations for their products and use 3D printing to produce them. With Invent Medical, patients can become co-designers of products, significantly increasing acceptance of medical devices and user satisfaction. Founded in 2015, Invent Medical received a €50k grant from Horizon 2020 in June 2018.

RTsafe – With radiotherapy becoming more customizable for each patient, the complexity of the supportive treatment planning system and the dose administration system increases. RTsafe has developed solutions to personalize the quality assurance process in radiation oncology, where the treatment can first be examined in a simulation before being used on the real patient. With the help of 3D printing, the startup can create exact anatomical replicas of patients’ body parts to test the impacts of radiation and minimize the risk of side effects. Founded in 2014 in Athens, the startup won first place at MIT’s Enterprise Forum Greece Startup Competition in 2015 and its customized PseudoPatient solution was approved by the FDA in 2018.

Spectroplast – Zurich-based startup Spectroplast provides customized, high-precision 3D-printed silicone components for use in industries from fashion to robotics, medicine and art. Spectroplast believes that 3D printing has the potential to shift focus from rapid prototyping to mass customization of functional products. Founded in 2018, the company just secured €1.38 million to scale up its 3D printing solution.

BCN3D – A Barcelona-based research group that created IDEX (Independent Dual EXtruder) technology – doubling productivity compared to conventional desktop 3D printers – has now become a standalone company after raising €2.7 million in seed funding. BCN3D recently reached the milestone of 5,000 3D printers sold through its network of 60 global distribution partners. BCN3D printers are used for prototyping, functional validation and the manufacturing of tools, templates and fixtures. Among the startup’s most prestigious customers are BMW, Samsung, Louis Vuitton, Nissan, and NASA. Its round table, carried out by Accurafy4, JMF Venture Capital and Victoria, makes BCN3D one of the top 10 3D desktop printing manufacturers in Europe in terms of financing.

Stilnest – Founded in 2013 in Germany, Stilnest is a 3D printing and e-commerce platform for designer jewelry. It offers jewellers access to the global market, and regular customers a space to search for exclusive designer pieces. Stilnest received a $1 million investment in 2014. Both common and famous people are designing and selling jewelry through the platform.

3YourMind provides software to manage and optimize your end-to-end additive manufacturing workflows. Enterprises and 3D printing services can benefit from standardization and automation of our solutions; from collaboration tools to integrated order management to production automation. 3YOURMIND is revolutionizing manufacturing with software to optimize, standardize and automate AM workflows. Founded in 2014, the Berlin-based company has raised $14.4 million in funding so far.

VSPARTICLE – This Dutch startup manufactures tools to help research and industry with the production of nanoparticles. Their products can be used across different sectors and have many applications – from catalysis to sensors through solar cells and additive manufacturing, the Delft-based startup is already distributing in Europe in the Netherlands, France, the UK, Spain, as well as in Japan, South Korea, Shanghai and Taiwan. Founded in 2014, this promising startup has been granted $50k by Horizon 2020.

Arnaud Terrisse
Arnaud is a startup enthusiast from France with a passion for social entrepreneurship. He loves reading, surfing, and learning about new business ideas.
RELATED ARTICLES
Greece-Startups

10 Zurich-based startups worth following in 2021 and beyond