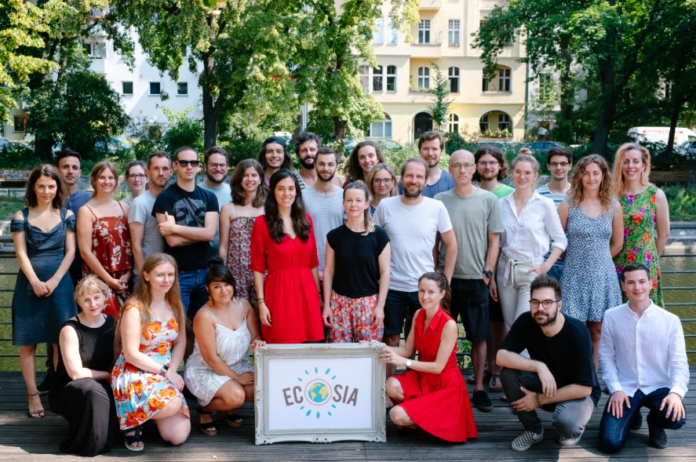 Ecosia today confirms that it has declined to take part in Google’s recently-announced auction for the right to be a “default” search engine on Android. Ecosia calls upon Google to abandon this unethical practice and allow users to freely choose which search engine they use, rather than auctioning off access to the highest bidder. Ecosia is the first search engine decided to reject Google’s “invitation” to this anti-competitive auction and calls other search engines to join.

Founded in 2009 in Berlin, Ecosia is a search engine whose profits do not flow to shareholders, but to 80% in the planting of trees. With an average of 45 searches, a tree can be financed. So every 1.1 seconds an Ecosia tree is planted, so far 64,026,299 (as of August 11), distributed to 500 indigenous tree species. Very high privacy policies also determine that search data is anonymous and will be deleted within four days. Data sales to advertisers are excluded.

Ecosia believes that the current auction is an anti-competitive move from Google, designed to exploit its monopolistic position in the market. It is also at odds with the spirit of the July 2018 EU Commission ruling, and potentially questionable from a legal standpoint.

Christian Kroll, CEO of Ecosia, commented: “We’re deeply disappointed that Google has decided to exploit its dominant market position in this way. Instead of giving wide and fair access, Google have chosen to give discrimination a different form and make everyone else but themselves pay, which isn’t something we can accept. We use our revenue to plant trees in areas affected by deforestation or desertification, not to get into expensive and unnecessary bidding wars with other search engines. We will be discussing our options with the EU Commission – it should be up to Android users which search engine they use, and absolutely not up to Google.”

Three reasons why Ecosia will not be participating in Google’s auction:

1. Fundamental rights should never be auctioned off. Ecosia believes that it is unethical for a company with a dominant market position like Google Android to discriminate access to it. Google’s attempt to auction access rights to Android is an insult to the European Commission and to the principle of equality in front of the law.

2. Purpose-driven search engines will be crowded out by profit-hungry rivals. Alternative search engines that focus on privacy or specific causes (i.e. fighting the climate crisis, to raise money for charity, or to ensure user privacy), are unlikely to be able to competitively bid in this suggested auction set-up. Profit focused partners, many of whom have access to higher monetising Google ads, automatically have better odds in this setup. This means that the competitors which are purpose-driven (and not solely profit orientated) are conveniently removed from the auction process.

3. Google is trying to create artificial scarcity. By artificially limiting user options, Google is creating scarcity where there is none. This will unnecessarily increase costs for alternative search engines, and will keep new entrants from growing market share.

The last time we reported about Ecosia was in October of 2018, when tree-planting search engine offered to buy Germany’s Hambach Forest to save it from destruction.

Share
Facebook
Twitter
WhatsApp
Linkedin
Previous article
Inflight VR secures €4 million to expand with its VR entertainment product in various travel industries
Next article
Why and How to Build a Startup – Chapter 5: Diversity!