The digital transformation of the magazine industry: Interview with Readly CEO Maria Hedengren 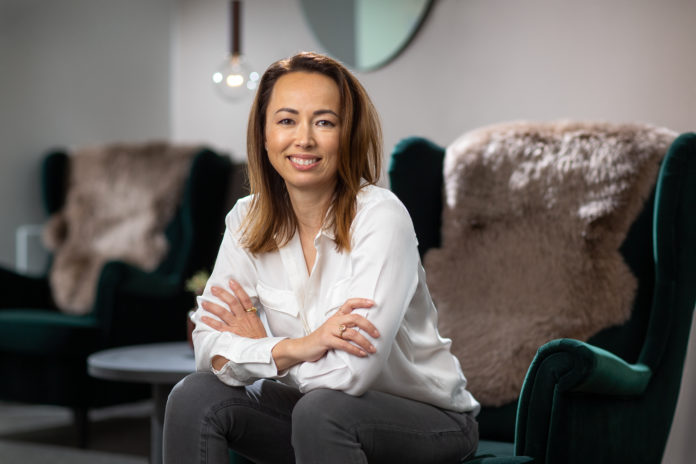 Founded in Sweden in 2013, Readly is a digital subscription service that gives users unlimited access to thousands of national and international magazines in a single app. As people increasingly switch from print to digital, Readly is gaining traction globally. The app’s revenue grew by 54% just last year – from €12 million to €19 milllion – and the startup just raised a funding round of €15 million.

Previously CFO at iZettle, which was sold to PayPal for $2.2 billion last year, Maria Hedengren recently joined Readly as its new CEO. In this interview, she describes the transformation of the magazine sector, the benefits Readly brings to publishers and readers, and shares her predictions for the future of digital reading.

What is your background, and how did you come to be the CEO of Readly?

I’ve spent 20 years leading both private and public technology companies whose success was driven by their ability to innovate, use data, and scale internationally. Combining my personal passion for magazines with my experience and skills in leading international growth and expansion in technology driven businesses lends itself perfectly to the next stage of Readly.

Tell us the story of Readly, and how it’s grown since launch.

It’s an interesting and fast-moving business at the forefront of a great paradigm shift. Readly first launched in Sweden in 2013 with the idea of a platform that brought together the digital editions of magazines in one single app.

The idea itself came from our founder, when he read all the magazines he brought on a holiday. As passionate reader, and with his own experience both with publishing and founding other technology companies, he came up with the idea of an easy-access digital solution to read magazines, anywhere, and anytime.

From having started as a small business with an office in a small town called Växjö, Sweden, Readly has now grown into the European leader in digital magazine subscription with an unlimited, “all-you-can-read” access to thousands of national and international magazines in one single app. Today we have four offices in Europe, and we’re working with publishers globally, the key markets being Sweden, the United Kingdom, Germany, Austria, Switzerland, the Netherlands, the United States, Ireland, and Italy.

Since launch, Readly has seen a tremendous growth. Last year revenue grew by an amazing 54%, reaching €19 million from €12 million the year before. Our continuous hyper-growth has placed us in the top 200 of the Financial Times fastest growing companies in Europe, the second fastest growing technology company in Sweden.

How has the magazine market changed over the past decade or so?

Financially we have seen print revenues declining while digital revenue is increasing, but the full digital revolution still awaits. Despite print decline, there is no doubt that magazines are still extremely popular. A testimony to this is that the total global magazine industry is worth €70 million, which is four times as big as the music industry, and while the music industry has come far in terms of digital streaming consumption habits, the digital penetration in magazines is currently only 6.5%.

The interest in digital magazines has exploded recently. We are seeing big players like Apple enter the market which is a positive indication of the industry taking a leap forward. Digital has previously been seen as a threat (digital versus print) but we’re now seeing that more publishers have realized the opportunities and are more willing to try the digital route to reach a larger audience.

Evolving consumer tastes, fragmented media consumption, and tighter competition for audience time makes it challenging to keep customers loyal to a title. Thanks to smartphones and tablets, the way consumers read has changed over the last 10 years. They no longer just read one title, they read many. Some people snack-read and they dip in and out of different titles, while we also see a large audience with special interests who invest a lot of time in exploring content and titles across the platform in pursuit to nurture their passion. I believe the industry is still learning to understanding modern consumers reading behaviour and it makes Readly’s role increasingly important and a key to support the publishers in developing their content through data and attracting readers that want to come back and read time and time again.

You recently announced that you experienced a 54% increase in revenue in 2018. What accounts for this surge in growth? Is reading making a comeback?

We have invested significantly in building our customer base and we continued to invest in our global expansion. In just 12 months we have entered three new markets including Italy, the Netherlands and Switzerland but we have also experienced a good growth in our existing markets like for example Germany, our biggest market revenue wise. There is also our continuously expanding international network of publishers and content library that grew to over 4,000 titles during 2018.

I believe quality journalism is making a comeback. As globalization continues and ‘fake news’ has become a known household term we see a growing interest in exploring international journalism. Consumers are also expanding their reading with digital platforms like Readly. On average our subscribers read approximately eight hours a month, which is twice as much time spent reading than the average for print magazines. In total, over 60 million magazines were read on Readly last year so there is an annual growth in reading digital magazines.

Who are your customers?

There are generally two types of consumers of Readly, both avid magazine readers with special interests who have everything in one place but also to casual reader who will snack-read from some of the best magazines in the world. As Readly offers a wide range of titles, reaching from business to sport, fashion, kids, family titles and much more, there is something for everyone.

How many magazines do you feature, and what percentage of magazines in the markets you serve have signed up with Readly?

Globally, we have over 750 publishers partnering with us to deliver over 4,000 titles and almost 100,000 issues via the app. We have strong coverage of the magazines in all core markets, both from well-known publishers and smaller niche ones but there is no official percentage as not all publishers or magazines are applicable to be on Readly.

What is your business model/profit sharing agreement like? What do magazines get from collaborating with you?

We have a generous revenue share of more than 50% with the publishers, based on how much time readers spend reading the publishers titles. The more reading time their titles attract, the larger part of our revenue the publisher gets. Another important benefit for publishers on Readly is also the unique pool of data on reading behaviours that the publisher gets access to and with that the ability to analyze and gain an understanding of how their content is consumed on a daily basis. Having a title on Readly also adds to the publishers numbers in reach and circulation, which helps them maintain advertising spend.

What are your plans for your recent €15 million funding round? Will you further expand your list of titles?

The funds raised will predominantly be used for continued expansion in our European markets. We will also use the funds to reach more consumers through our marketing and innovate our product to keep ahead of technology advancement. We are always looking to add titles that interest our readers. As we continue to build on existing and add new good relationships with publishers additional titles comes naturally.

Where do you see Readly in another five years?

The magazine publishing industry is only just starting to move from offline to online, and we expect the digital penetration of magazines to reach that of other media verticals, such as music and film. Readly will continue to lead the digital magazine transformation, across Europe and beyond. Our focus going forward is to keep growing in Europe through a continued increase in the number of subscribers, adding even more inspiring, engaging and entertaining content to our platform, as well as educating the market about digital reading.

Andrea Scotti Calderini, CEO of Freeda Media, will join the EU-Startups Summit to talk about how new generations consume media