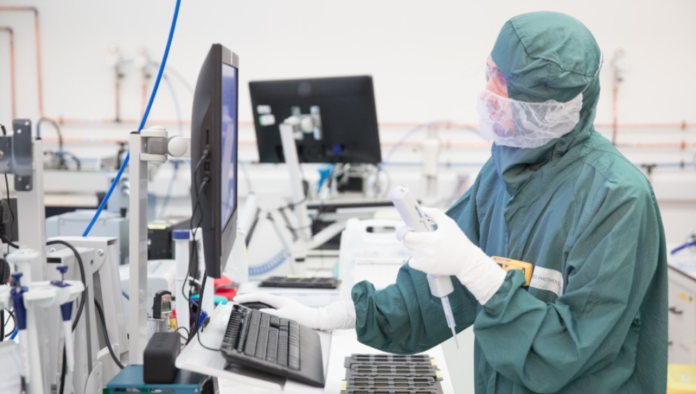 Oxford PV, a producer of perovskite solar cells, has raised an additional €38 million, following on a previous €36 million raise, bringing its total Series D funding round to €74 million. In December, the company set a new world record for solar cell efficiency.

The first close of the round was led by Goldwind, the leading provider of integrated renewable energy solutions in China, as well as investment from existing shareholders including Equinor and Legal & General Capital. The additional funds include major new investment from Meyer Burger, a leading photovoltaic equipment supplier, along with other new and existing investors.

“The success of our funding round and the quality of the new investors we have attracted validates the commercial readiness of our technology,” said Frank P. Averdung, CEO of Oxford PV. “We now have the funds to move into manufacturing and accelerate market introduction. The production line we are installing in Germany, to manufacture perovskite-on-silicon tandem solar cells, will be the first of its kind anywhere in the world. This is a significant moment for Oxford PV and our perovskite photovoltaic technology.”

Oxford PV announced its plans to move into volume production when it signed a collaboration agreement with Meyer Burger. As part of the agreement, Meyer Burger will install a 200 MW silicon solar cell line, enhanced with production equipment for the perovskite top cell, at Oxford PV’s site in Brandenburg an der Havel, Germany. The fully integrated line will commence perovskite-on-silicon tandem solar cell production at the end of 2020.

Sustainability, mentoring and the future of greentech: An interview with We Do Solar’s Karolina Attspodina