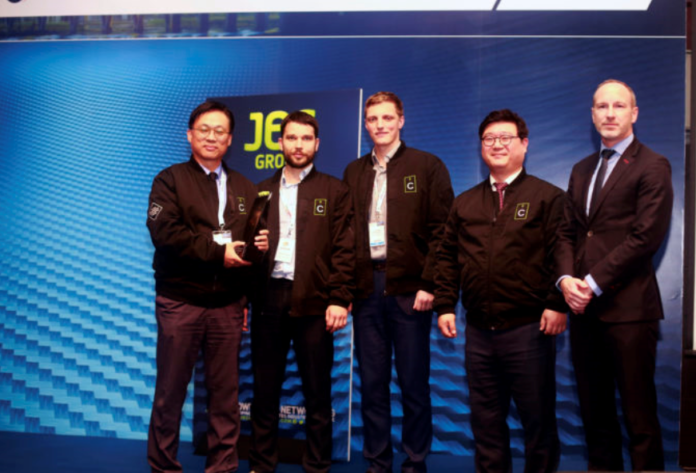 Luxembourg-based OCSiAl is a nanotechnology company that develops graphene nanotubes and simplifies their industrial applications. Graphene is a two-dimensional, single layer of graphite, known for its flexibility, impermeability by liquids or gases, and for being an extremely durable, efficient conductor of heat and electricity. For this, graphene nanotubes are used as an additive in a wide range of materials.

Ultra-strong, conductive nanotubes are now widely used in the aerospace, automotive, construction, mining, electronics, and transport industries, with considerable benefits for energy efficiency and the reduction of CO2 emissions. For example, graphene nanotubes are expected to help improve the efficiency of electric vehicles by as much as 60%.

OCSiAl is the world’s largest manufacturer of graphene nanotubes, and has hit a valuation of $1 billion, joining Europe’s unicorn club, according to data from CBInsights.

When it entered the market in 2014, OCSiAl offered graphene nanotubes to consumers at a price that was 75x lower than those on the market, thereby making nanotubes accessible to a much larger number of industries. OCSiAl’s revenues have been doubling annually ever since, and the company expects to go public by 2025.

“We are confident that the value of OCSiAl will steadily grow in the long term, so we are thinking of increasing our share in the company,” said Rafael Abramyan, Investment Director at A&NN Group, which recently acquired a 0.5% stake in the company for $5 million.

“By industry standards, graphene nanotubes are a relatively new material. Today we are observing the emergence of markets for its application,” said Yuriy Koropachinskiy, President of OCSiAl. “What is important is that these include not only the high-tech sector, but also mass-produced goods. We believe the company will be worth at least $100 billion in ten years’ time.”

OCSiAl’s annual production capacity is enough to improve hundreds of thousands of tonnes of various materials. The company is rapidly increasing its output and plans to launch the first train of the world’s largest graphene nanotube synthesis plant in Luxembourg, its international headquarters, in 2022. OCSiAl’s customers include global car manufacturers, leading electronics companies, and major chemical producers.

Mary Loritz
Mary served as Head of Content at EU-Startups.com from November 2018 until November 2019. She is an experienced journalist and researcher covering tech and business topics.
RELATED ARTICLES
Luxembourg-Startups