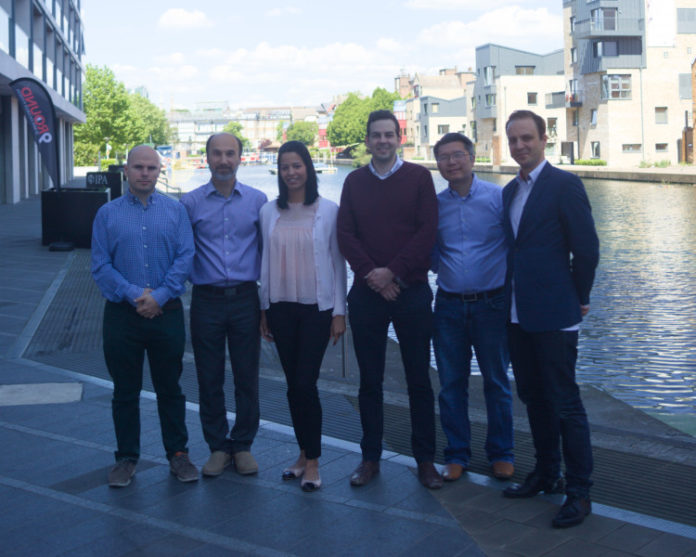 Quantum computing, if and when developed, will bring with it unprecedented security threats. London-based Crypta Labs is preemptively addressing these with new technologies that use the quantum properties of light to secure highly critical data and communication devices embedded in the critical infrastructure of the aerospace, communication, medical, military, and transport industries.

The cybersecurity startup has just raised €3 million in a funding round led by Bloc Ventures, including €1.1 million in debt financing from Innovate UK.

The investment will allow Crypta Labs to further develop its Quantum Random Number Generation (QRNG) IP portfolio and to bring the first Quantum-enabled Hardware Security Module (QHSM) to market, to ensure that critical infrastructure remains secure in the post-quantum computing world, and to accelerate the development of a single chip QRNG.

“The threat of quantum computing to security is that it enables new areas of mathematics which will significantly weaken, if not make redundant, much of the security in use today,” said David Leftley, CTO and co-founder at Bloc Ventures. “The weakness is the lack of truly random numbers with which to generate strong cryptographic keys. We see Crypta’s QRNG technology as fundamental to securing the data and communications networks of the future. We look forward to working with Joe and the team as Crypta Labs enters its next phase of growth as we accelerate the roadmap towards a single chip QRNG.”

The company first developed its QRNG technology for the UK Ministry of Defense, in applications requiring it to withstand extreme external influences such as vibration and temperature fluctuations – factors which have challenged the design of quantum light based random number generators.

Crypta Labs is also developing commercial applications is for the connected automotive applications in the Czech Republic, where Crypta is deploying its Hardware Security Module (HSM) to meet the increased security requirements for smart road infrastructure.

Crypta also plans to develop its technology for the medical sector. According to the startup, in the USA alone over 68,000 critical medical systems – from MRI machines to computer controlled pumps (such as pacemakers and insulin pumps) – are open to hackers. In some instances there are up to 25 security holes in such devices, which Crypta says it can close permanently, improving patient safety.

Denis Bidinost, former founder and CEO of NextG-Com (now part of ARM) and ex-director of ARM, will join the board, along with a member of Bloc Ventures, which was founded by industry veterans from ARM Holdings and Vodafone, bringing its deep knowledge of the semi-conductor, computing, and communications sectors to the Crypta Labs team.

“We are delighted to announce Bloc Ventures as our first institutional investor and look forward to working together during our next stage of growth,” said Crypta Labs CEO Joe HQ Luong. “The potential market for QRNG technology is unlimited given the need for portable, cost efficient, fast and robust hardware security for connected devices that does not currently exist in the market today. This requirement will only become more pronounced with the emergence of 5G and further proliferation of IoT connected devices – driven by what we call the need for quantum hardware security by default.”

“I am excited to be joining the board of the company at such an exciting time in its growth,” said Bidinost. “As we increase the number of things connected to the internet, we are also increasing the number of attack surfaces that cyber criminals can exploit. Whether it’s your car, the hospital, or a nuclear power station, quantum enabled cybersecurity is the only way to ensure critical infrastructure and data is protected.”