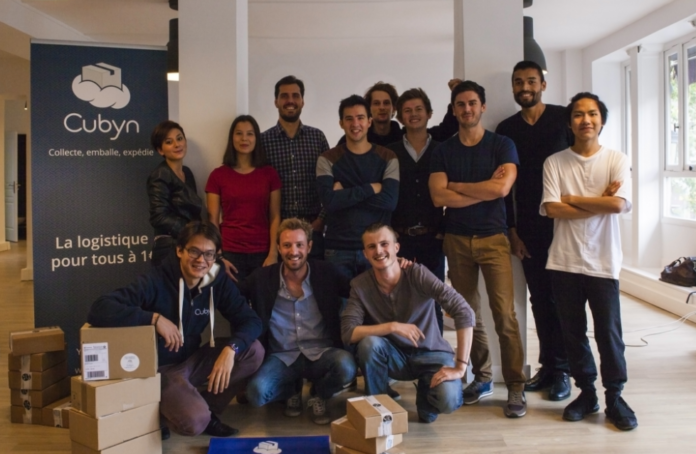 Paris-based on-demand logistics startup Cubyn has today announced a €12 million round led by DN Capital, with participation from Partech Ventures and 360 Capital Partners, BNP Paribas Developpement, and Bpifrance. The startup previously raised €6 million in a Series A round.

Cubyn entered the logistics industry in 2015 with an initial solution focusing on e-merchants willing to outsource their logistics while keeping their inventory. Four years and over two million shipments later, the company has built the proprietary technology to streamline the logistics process for merchants, and to operate a fully integrated fulfillment solution at a fraction of the industry standard cost.

Cubyn’s new fulfillment offer enables merchants to integrate their e-commerce inventory in one click, and to start scaling their sales without worrying about logistics, all while monitoring the process from one simple interface. When an online order is placed, it is automatically exported and processed from a Cubyn warehouse. Parcels are then injected directly into the best carrier’s network to cut transit time and improve delivery quality. Cubyn leverages shipping data from millions of parcels to improve the customer satisfaction for merchants and marketplaces alike.

“Cubyn Fulfillment disrupts the old e-commerce third party logistics market from the ground up with a better, faster, and fully integrated service at a 30% lower price point,” said CEO & co-founder Adrien Fernandez Baca. “We are giving merchants a way to outperform their competition in terms of cost, delivery quality and speed.”

“As early investors in companies such as Auto1 and Purplebricks, we have extensive experience supporting and advising companies that combine technological and operational excellence to drive the price down for all parties involved, whilst providing a higher quality service,” said Thomas Rubens, Partner at DN Capital. “This is exactly what Cubyn is doing and we believe Adrien and his team are uniquely positioned to replicate this formula in the logistic space.”

Cubyn currently employs 60 people, and will hire 50 more before the end of the year, with over 300 packers and couriers. Since inception, Cubyn has processed over two million shipments, and in the first half of 2019, it has already processed more shipments than in the entire past year.