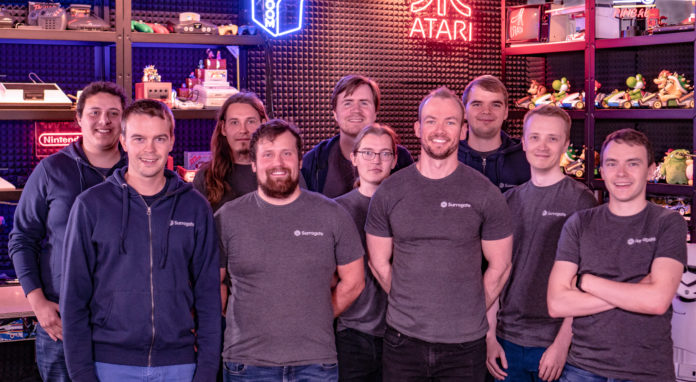 Espoo-based Surrogate.tv is a game development and video streaming technology company that seeks to blur the lines between reality and games, offering an experience that combines gaming with real-world physics and consequences.

Just founded in 2018, Surrogate plans to launch its product this year, and has just raised a seed round of €1.8 million from Initial Capital, an early investor in Supercell, with participation from PROfounders Capital, Brighteye Ventures, and Business Finland. The investment will enable Surrogate to rapidly build up its “Surrogate Reality” game portfolio while continuing to enhance the company’s low-latency video streaming technology, SurroRTG.

“Video games continue to be developed with the same limitations that existed at the time of Pong – creating fake physics and fake graphics in an attempt to mimic real-life,” said Shane Allen, CEO and co-founder of Surrogate. “At Surrogate, we want to rethink this process by bringing in unique benefits that the real world has to offer and using them as major elements in the video gaming experience. Backed by some of the most well-recognized venture funds in the world, we’re building a new category of online entertainment – completely blurring the lines between what real and virtual worlds should and can be. We look forward to releasing the first stages of Surrogate gaming in the coming months.”

“The lines between watching and interacting with entertainment content are blurring and Surrogate is pushing the boundaries even further by building tools that enable anyone to watch and play real-life games remotely,” said Matteo Vallone, Principal at Initial Capital. “We’re excited to be adding Surrogate to our portfolio, and we look forward to being a part of the team as they bring their vision to life.”