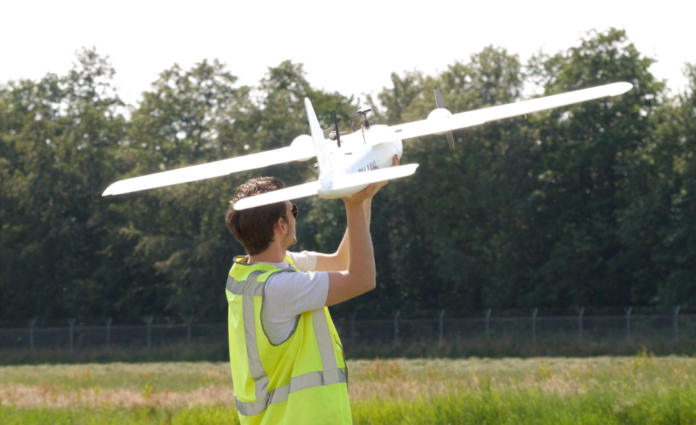 By 2020, there will be about 20 million drones in circulation – compared to around 30,000 planes today. Naturally, aviation regulators are unprepared to manage so many flying objects.

The global market potential for commercial use of drones is estimated to be more than $127 billion – however the growing deployment of drones gives rise to predictable challenges, including safety, security and privacy, as highlighted by recent drone disruptions around Gatwick, Newark, and Frankfurt airports.

These concerns need be resolved rapidly at national and international levels to unleash the market for commercial BVLOS (beyond visual line of sight) flights. The legislation is rapidly falling into place – with European countries under pressure to implement the recently published new European regulation by 2020, with the US and rest of the world not far behind.

Antwerp-based startup Unifly is developing unmanned traffic management (UTM) software for drones in order to safely integrate them into the airspace. The startup has just completed a €17 million Series B round from investors including Deutsche Flugsicherung (DFS – the national air traffic control authority of Germany) and Belgium’s Federal Holding and Investment Company (FPIM). The startup previously raised a €5 million round in 2016.

Unifly’s software enables the tracking and management of drones alongside commercial aviation in order to provide visibility on where drones can fly, request and provide flight approvals, manage potential conflicts and implement regulations including no-fly zones.  The company has won national level contracts with the ANSPs of Germany, Belgium, Denmark, and Austria, and is the selected provider in several US regions including the pioneering NuAir North Eastern UAS flight corridor and research site. Unifly manages drone corridors in Japan and Malawi, among others, and is a selected technology provider for the US Federal Aviation Administration’s LAANC program.

“Bryan, Garnier & Co was the investment banker that helped Unifly secure this successful Series B round,” said Marc Kegelaers, CEO of Unifly. “This funding round will enable Unifly to continue building its world-leading features and to expand the product offering. This now includes the BLIP which acts as an electronic license plate for drones, combined with high-precision drone tracking.

“We will continue to grow our international presence and secure additional contracts in the global UTM ‘land grab’.  Future markets could be even larger, with the rise of air taxis, with integration between autonomous cars and drones, and with drone UTM software predicted to take over traditional aircraft as they become increasingly automated.”

Mary Loritz
Mary served as Head of Content at EU-Startups.com from November 2018 until November 2019. She is an experienced journalist and researcher covering tech and business topics.
RELATED ARTICLES
Belgium-Startups